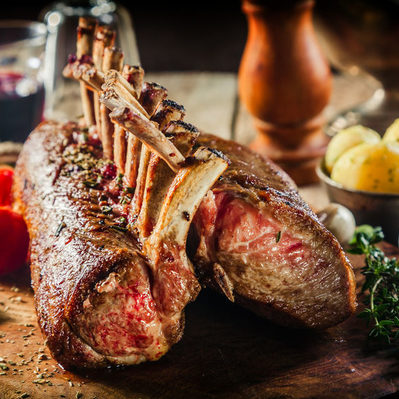 Lamb, alongside mutton and hogget, is the meat from the Ovis aries domestic sheep breed. The name of the meat from this animal depends on its age with one-year-old sheep producing lamb. After two years, the meat is referred to as hogget and meat that is older than that is known as mutton.

The top 5 most popular ways to serve this, according to The Spruce Eats are:

The roots of lamb meat point to the domestication of sheep in Mesopotamia approximately 10,000 years ago. Early peoples not only ate the meat from this animal, but they also used their skin and wool to make clothes. The image of lambs as the sacrifice of a young and innocent creature has long been connected to religion. Because of that, births, weddings, and other celebrations often served this from the 15th century onward.

The first breeds of sheep were brought to the Americas by Spanish soldiers in 1519. However, the introduction of the sheep into commercial herds caused a lot of bloodshed and social problems. Some historians believe this is why it never became as popular in American cuisine. Nonetheless, the consumption was much higher before WWII. To this day, it is still consumed in the United States but not at the same rate as in other countries.

This is red meat which means that it provides plenty of protein, vitamins, and minerals for a healthy diet. As far as nutritional value goes a 100g serving of roasted lamb can contain: 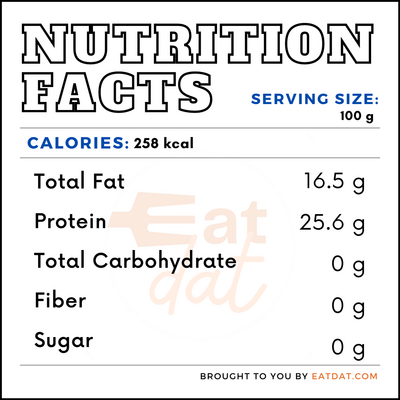 This also commonly contains Vitamin B12, Iron, Zinc, Selenium, Niacin and Phosphorus. Eating this can help boost muscle health, physical performance, as well as prevent anemia. However, it’s recommended to consume leaner cuts of this meat as it can be quite fatty. Nutritionists also suggest limiting the amount of red meat you eat to maintain a balanced diet.

The commercial production in the United States is quite small as it’s not consumed on a large scale like beef. Sheep in the US were used more for the production of wool, but as demand reduced, farmers began to focus on meat. The production of this meat begins with breed, feeding, and caring for sheep. When the sheep are between 8 and 14 months they are taken to the slaughterhouse and killed. The meat is then cleaned, separated and cut, packaged, and stored until ready to be shipped off to stores.

This red meat is usually a more expensive type of meat which means it may often be reserved for special occasions. Get the most out of this meat by making sure that you store it properly. It should never be exposed to heat prior to cooking. If you’re planning to use this meat within a day or two, you can store it in its original packing in the fridge.

This meat holds flavor well and can complement many foods. Here are some popular recipes.

The Food & Drug Administration and the USDA regulate meat production and cooking in the United States. The FDA’s food safety guidelines for cooking meat recommends roasting lamb at 145° F (63° C) and leaving it to rest for 3 minutes. This is the same standard to which federally inspected meat establishments are held to. With these recommendations, the FDA hopes to decrease the number of foodborne illnesses.