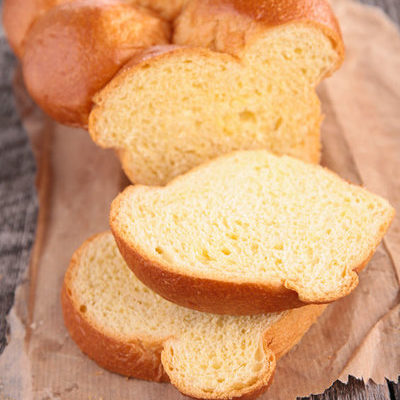 Brioche is a type of Viennoiserie bread that is made with eggs and butter, although sometimes sugar is added to give it a mildly sweet taste. This bread is very soft and flaky with a dark golden crust.

The name of this bread comes from the old French term “brier”, which refers to the roller used for kneading the dough.

There are different types of this bread that vary in butter content and preparation methods.

This bread is a French delicacy that originally appeared in the Middle Ages in Normandy. With the addition of butter, the traditional bread was made richer. This would have still been rather dense because it would have been made with whole-grain flour. It was in the 1700s that finely milled white flour appeared in European cities, which led to the modern version. According to certain experts, it is possible that it may be a version of Viennese bakery products, for which Austria became well-known during the 1700s. Brioche plays a significant cultural role in France even today.

This is a rich bread with butter and eggs. A piece of this bread can contain up to: 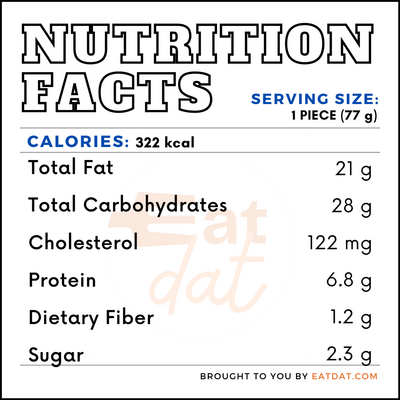 The carbohydrate content is also quite high, and all of it comes from simple carbohydrates with a high glycemic index. The eggs and butter in this bread provide satiation and nutrition. Significant micronutrients in this bread include calcium, phosphorus, thiamine, manganese, iron, and selenium. It is not advisable for patients with Celiac disease or other gluten intolerances. However, this bread may be consumed in moderation when paired with diet and exercise.

This bread is sold fresh in many bakeries. It requires refined wheat flour and butter in a ratio of at least 2:1. The other ingredients required are eggs, cream, water, sugar, salt, and yeast. The dough is first kneaded and then allowed to rest, so it can rise. It is kneaded and left to rest again in the refrigerator to bring out its flavors. Finally, it is shaped and baked, giving this bread its sweet flavor, crusty exterior, and soft interior.

Brioche can remain fresh for two days at room temperature if wrapped up in plastic. The bread can also be frozen by wrapping it in plastic and then covering it with foil before putting it in the freezer. The bread can be stored like this for about a month.

This bread is versatile and lends a lot of flavor to bread-based dishes. Here are a few recipes:

The FDA regulates all bread under the umbrella term of bakery products. Bread is defined as food produced by baking mixed yeast-leavened dough prepared with wheat. In order to be classified as bread, the product must have at least 62 percent solids. The production of brioche must also follow these standards to be approved by the FDA.