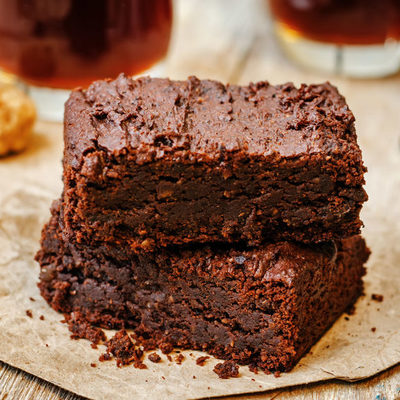 Brownie is a type of chocolate cake or fudge that is moist and made with baking powder. It is a very popular dessert and can be eaten with ice-cream or whipped cream. A good brownie should taste like a cross between a cake and a cookie.

The top boxed brownie mix brands in the US are:

Brownies were  invented in the US as a dessert that could easily fit into a lunchbox. In 1893, Bertha Palmer, wife of the owner of Palmer House Hotel, asked the pastry chef to create something similar to a cake but smaller so that it could fit into a lunchbox for ladies attending the Chicago World’s Columbia Exposition. This original brownie recipe came with walnuts and an apricot glaze. This recipe began to appear in different cookbooks, and different types of brownies came into being.

Brownie mixes are produced commercially and sold in boxes. They consist of flour, sugar, cocoa powder, salt, and baking powder. The sugar content is the highest at around 45 to 65%, cocoa can be up to 12% of the mix and flour around 15 to 35%. The mix can also contain nominal amounts of fiber, shortening, and starch. The end result from the brownie mix can also include egg solids, oil, butter, and water.

A 100g serving of brownies can contain: 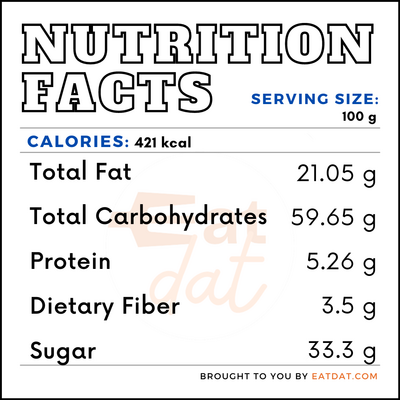 While brownies are tasty, they are full of fat and simple carbohydrates. They are also high on calories and contain whopping amounts of sodium. The dish also doesn’t have a lot of micronutrients that would make it a great addition to your diet.

The FDA regulates brownies under the category of baked products. The USDA also regulates the packaging of brownie mixes, suitable for use. In addition, the FDA also regulates the amount of different additives that can be put into a box of brownie mix. Readymade brownies in boxes must be strictly labeled as well. The RACC (reference amounts customarily consumed) for brownies is 40g for a single serving and a single serving cannot be more than 80g.

The Oxford Companion to American Food and Drink edited by Andrew F. Smith