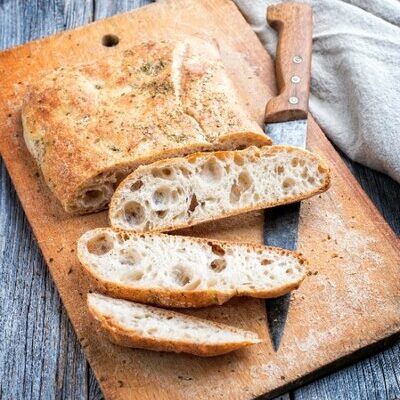 Ciabatta is a type of bread of Italian origin. It is relatively recent in origin and was created in response to the French baguette. It has an elongated shape with plenty of holes. The bread has a chewy and soft interior and a crusty exterior. It is a favorite for preparing sandwiches due to its texture and ability to absorb flavors.

Some of the popular Italian breads include:

This bread is of Italian origin and was created to combat the influence of baguette from France, which had become extremely popular in the country, especially for making sandwiches. It was created by a rally driver called Arnaldo Cavallari in 1982. It was originally called ciabatta polesana after the Polesine region in Italy. Later, it became known as ciabatta italia, and then ciabatta natura. Cavallari spent a couple of years perfecting the recipe in a flour mill in Adria. Once perfected, he traveled the world and introduced the bread to different countries. Today, it is one of the more popular Italian breads.

Nutritional profile for this bread (1 piece): 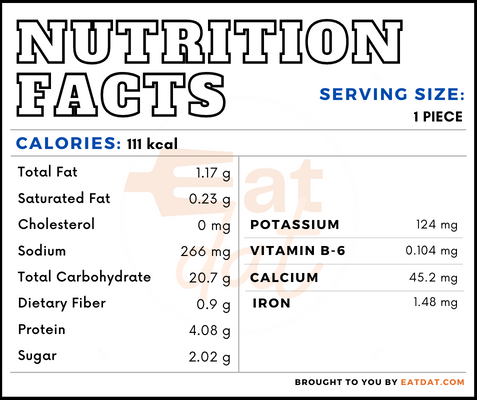 Ciabatta is rich in calcium, magnesium, phosphorous, potassium, sodium, selenium, niacin, folate, folic acid, choline, and lutein + zeaxanthin. This bread is prepared with refined flour, which contains simple carbohydrates, due to the stripping of the outer layers, and has a high glycemic index. Refined grain intake is connected to an increased risk of cardiovascular disease, type 2 diabetes, and obesity.

Olive oil contains powerful antioxidants in the form of polyphenolic compounds, which have anti-cancer, anti-angiogenic, and anti-inflammatory properties. Oleic acid makes up 55–80% of olive oil and keeps the cholesterol and blood pressure in check. The benefits of olive oil reduce as processing level increases. The most beneficial oil is extra-virgin olive oil, while pomace oil gives the least benefits.

To prepare ciabatta, the ingredients required are water, salt, yeast, flour, and olive oil. All the ingredients are mixed together and formed into a sticky dough. Since this is a high hydration bread (up to 85 percent), it requires a wet dough. Then, it is rested for a while before more yeast and water is added and mixed again. After that, the dough is stretched and folded a few times while it is left to rise for a few hours at room temperature. Once ready, the dough is shaped and baked.

This bread is often used to prepare sandwiches. It is generally consumed fresh, but dried ciabatta can be used for preparing croutons. Also, this type of bread can be consumed with a spread or a dipping sauce, such as olive oil. Additionally, it can be used to prepare rolls. Here are a few recipes.

The FDA regulates all breads under the umbrella term of bakery products. Bread is defined as food produced by baking mixed yeast-leavened dough prepared with wheat. In order to be classified as bread, the product must have a minimum of 62 percent solids. There is no specific standard of identity for ciabatta.