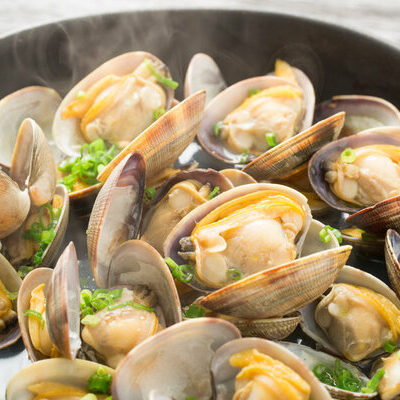 The clam falls under the category of seafood. It is a type of edible mollusk that lives on river beds and the ocean floor, unlike scallops which only live in saltwater. These creatures have two shells covering them, connected to their body by muscles. They have a chewy texture and a salty taste with a mild fishy flavor.

There are several edible species, including:

This shellfish has been in existence since 510 million years. The earliest archeological evidence points to the consumption of this seafood over 164,000 years ago by prehistoric humans in South Africa. They have been consumed in all coastal areas around the world. Different species of these creatures are used in different cuisines. 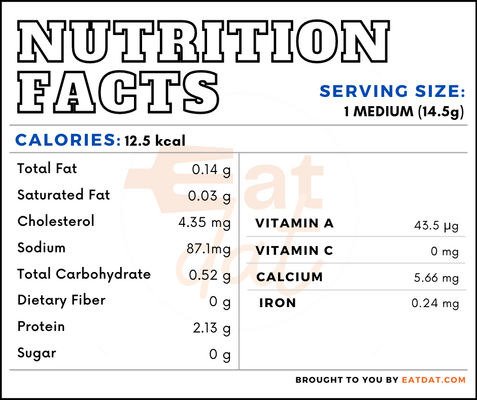 Clams are rich in phosphorus, potassium, sodium, choline, vitamin A, and retinol. Additionally, they contain calcium, magnesium, selenium, folate, and vitamin B-12. Regular consumption of this mollusk may be able to prevent the onset of Alzheimer’s disease or cardiovascular diseases. Also, it helps protect tissues and reduces the risk of inflammation, muscle damage, liver injury, diabetes, and cancers.

China is the main producer of this mollusk, accounting for about 80 percent of the world’s production. However, it consumes most of the production internally. Japan and South Korea are the main importers.

Most of the demand for clams is met through aquaculture farming. First, the larvae are set on fine screens in down-wellers in the hatchery. Once hatched, the young are raised in up-wells with water rich in algae. As they grow bigger, they are moved to mesh bottomed trays and left to suspend from rafts out in the sea to grow further. Finally, the baby clams are moved to net panels and put out on the incoming tide so that they can get out and burrow into the sand, where they grow until they are large enough. At this point, the shellfish are dug out and prepared for distribution.

This shellfish may be eaten raw when alive or cooked in a variety of ways, including steaming, boiling, frying, or baking. It is not advisable to eat the ones that are dead, since they spoil quickly. Here are a few recipes:

The FDA classifies clams under the category of molluscan shellfish, which it defines as any edible species of fish, clams, mussels, etc. when the product consists of shucked adductor muscle. Also, the FDA strictly regulates the safety levels of these products. Additionally, import into the US is under the strict scrutiny of the FDA and certain specified standards must be adhered to. It falls under the category of most frequently consumed raw fish.

Jo Marchant; Photographs by Justin Mott, A Journey to the Oldest Cave Paintings in the World, Smithsonian Magazine, https://www.smithsonianmag.com/history/journey-oldest-cave-paintings-world-180957685/