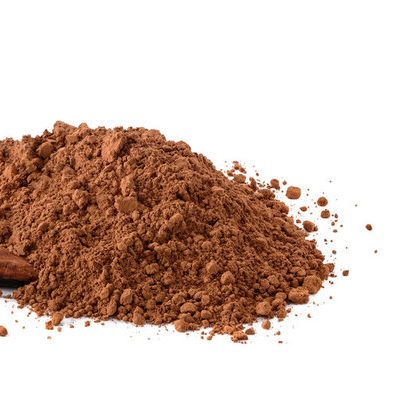 What is Cocoa Powder?

Cocoa powder is a product made from cocoa beans obtained from the cacao tree. The beans are roasted, shelled, and ground into a liquid, separating the cocoa butter from the solids. Cocoa powder refers to these solids in which a small proportion of cocoa butter remains. Authentic cocoa powder is brown in color and has a bitter but rich taste.

The top 8 most popular cocoa powder brands are:

Cocoa was a staple diet of the ancient Olmecs of South America. There is archaeological evidence that these civilizations cultivated the crop at least as far back as 1500 BC. It was considered a sacred drink and was extensively used in religious ceremonies. The Aztecs and the Mayas followed suit and chocolate became a staple drink in this region. During the Aztec period, cacao beans were used as currency. Also, they held a reputation as an aphrodisiac.

Cocoa powder was consumed as a spiced drink at this time until the arrival of the Spanish. Hernán Cortés is often credited with making cacao popular in Europe. However, alternative theories credit Christopher Columbus. A third story claims that some friars presented cacao beans and Maya slaves to Philip II. Later on, cacao spread through colonization to other parts of the world. The invention of the Dutch process cocoa made by Coenraad Johannes van Houten made this luxury available to all types of people. Today, chocolate is a delicacy that everyone can enjoy. 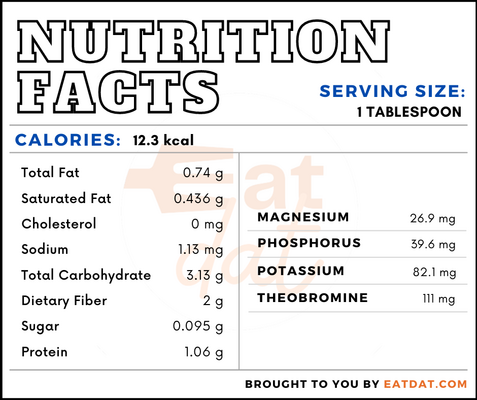 In addition, cocoa powder also contains micronutrients such as calcium and iron. Also, it contains selenium, folate, choline, and lutein.

Cocoa powder and chocolate are very rich in phenolic compounds, especially when compared to any other food. Flavonoids such as catechin, epicatechin, and procyanidins induce antioxidant activity, providing beneficial health effects. Regular consumption of cocoa powder may help in boosting heart health, reducing cardiovascular diseases and diabetes, increasing immune response, protecting nerves from inflammation and injury, aiding skin health, as well as working as a mood enhancer. Additionally, it has the ability to help prevent cancer due to its ability to prevent oxidative stress.

There are many different varieties of cocoa, the main ones being forastero, criollo, and trinitario. The main cocoa bean producing countries are Côte d’Ivoire, Ghana, Indonesia, Nigeria, Cameroon, Brazil, Ecuador, Peru, Dominican Republic, and Colombia. Côte d’Ivoire accounts for 30 percent of the world’s cocoa production.

First, after being plucked, wet cacao beans are left to ferment and dry. Then, they are cleaned and shelled. Next, the kernels, known as cocoa nibs, are roasted and ground into a liquid cocoa mass. During this process, the kernels may be alkalized in a process known as Dutch process, which changes the color and taste of the cocoa. After that, the fats are pressed out of the cocoa mass to get cocoa butter and dry cocoa solids. The latter is cocoa powder in which some cocoa butter may be left.

Cocoa powder is extensively used in making chocolates. Apart from this, it is also bought unsweetened to prepare desserts, drinks, or liqueurs such as Crème de Cacao. Here are a few recipes to try:

The FDA uses the term ‘breakfast cocoa’ for cocoa powder, which is defined as the food prepared by pulverizing the material remaining after part of the cacao fat has been removed from ground cacao nibs. Also, the definition stipulates that it must contain at least 22 percent cacao fats.