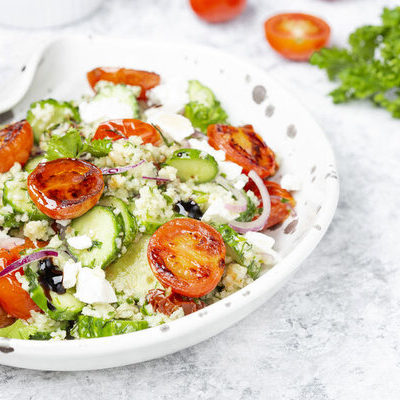 Couscous is a food made from durum wheat semolina formed into spheres. It is a type of pasta with an appearance similar to that of rice. This food takes on a golden color with a nutty flavor when cooked. Couscous is a very popular food in North Africa.

The three most common types of couscous include:

The Israeli and Morrocan types are the most common in the United States. Morrocan couscous is the smallest type and takes the least time to cook. However, the Lebanese type takes the longest to cook because of its large size.

The general belief is that domesticated wheat originated from Egypt’s Nile valley and the Middle East around 9600 BC. At the time, humans began to look for a type of grain that was free-threshing, which likely gave birth to durum wheat in 7000 BC. It was evident that humans were trying to make different types of food from wheat. In 6000 BC, the earliest evidence of milling was found. The precise date of the invention of this dish remains unknown, although this date is not likely any earlier than 6000 BC.

Lucie Bolens, an author, estimated in her book that the nomadic people of Northwest Africa (Berber people) were making couscous as early as 238 BC. Another theory claims that this food first appeared in Sicily in the 9th century when the island was under Muslim rule. Other people believe that this dish spread from the Middle East to North Africa. There are many proposed theories of this dish’s origin; however, almost everyone seems to agree on two things. The food is of Berber origin, and it first appeared in Moorish Spanish cookbooks in the 1300s.

Couscous can serve several functions in the kitchen, because of its versatility and taste. This food can be mixed with vegetables like garlic, onions, and carrots. It can also serve as an ingredient in salads, soups, and sauces. This food can even be combined with flour and used in baked goods like muffins. 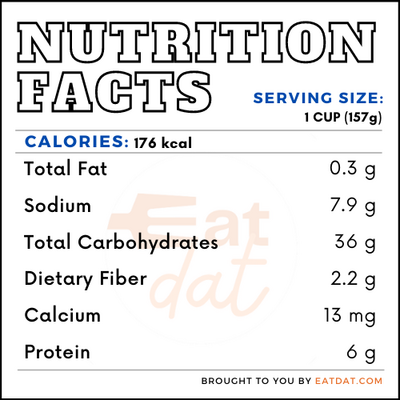 Couscous can provide some health benefits, which include:

However, this food may have some side effects. People with gluten intolerance will not be able to consume it. Also, individuals who have diabetes should eat this food in moderate quantities.

The commercial production of couscous can be summarized in the steps below:

Here are some tips to help you while preparing this food:

This food can last for a few hours at room temperature and three days in the fridge.

This dish is mixed with other ingredients like meat, fish, and salad to improve its taste. Here are some popular recipes to try:

The Food and Drug Administration does not mention couscous in any of its regulations. However, the organization has a standard of identity for semolina, a core ingredient in making this dish. Semolina is defined as the food prepared by grinding and bolting cleaned durum wheat to meet a particular standard. Its moisture content should not be above 15%.