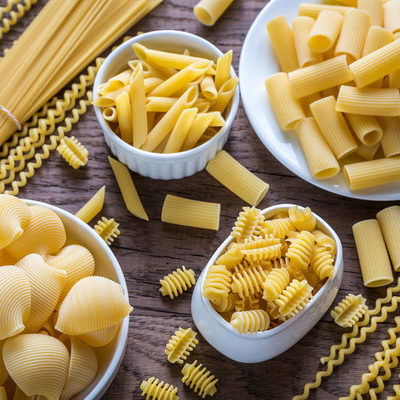 Pasta is a type of food made from milled durum wheat that can come in many shapes and sizes. While this food is often store-bought, it can also be made from scratch using traditional techniques and machines. This food is usually prepared with:

There are approximately 350 different types. Though this food is popular worldwide, it’s consumption is highest in Italy, wherein 2013 the per capita consumption was 25.3 kg.

The top 10 most popular varieties are:

This is an Italian dish but has its origins in Chinese noodles. There is archaeological evidence to suggest that the Chinese were making noodles as far back as 4,000 years ago. Although there is a theory that pasta was brought back from China by Marco Polo, it has since been debunked. A contradictory idea holds that this food already existed in ancient Rome and was known as ‘lagane’. Pasta-making tools from the 4th century BC were even unearthed in Rome. Another school of thought states that Arabs brought it with them when they invaded Sicily in the 12th century. 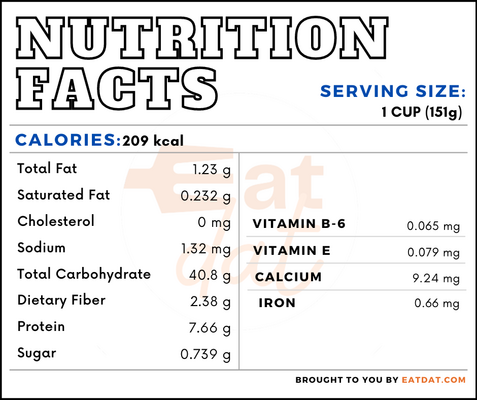 The main ingredient is wheat, a food that must be avoided by those with a gluten allergy. This food is made from durum flour, which has a lower glycemic index than regular flour. Cold pasta is a good source of resistant starch. This starch can help control obesity, diabetes, and heart problems. Research shows that regular eaters follow dietary patterns that give them higher amounts of fiber and show an increased HEI (Healthy Eating Index).

While hand-made pasta is available, most are produced commercially. This food is made by mixing milled wheat, water, eggs, and other optional ingredients. The procedure involves adding these ingredients to a high capacity extruder, which is also equipped to determine the shape. After it’s shaped, this food has to be dried before packaging. The largest producers in the world are Italy, the United States, and Brazil.

This has a long shelf life and can successfully be stored anywhere in an airtight container. The USDA recommends consuming this food within two years. Fresh pasta must be kept in the refrigerator and consumed within 3 to 4 days.

This food can be made into a dish various ways with different sauces and seasonings. Here are a few popular recipes:

The FDA classifies this food under macaroni products, which are defined as food prepared by drying units of dough made from semolina, durum flour, farina, flour, or a combination of these with water and other optional ingredients. These products are strictly regulated in the US for their seasonings, salt, gluten content, and disodium phosphate. The finished product must be at least 87% solid. The labeling of these products must also clearly address these specifications. The USDA details the different types of pasta products and their specifications.

Yasmin Noone, Who invented the noodle, Italy or China?, SBS
https://www.sbs.com.au/food/article/2016/07/29/who-invented-noodle-italy-or-china