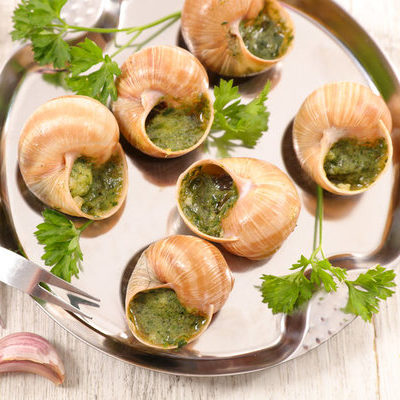 Escargot is French for snail and is also a culinary term that refers to land snails that are cooked and eaten. Escargot is a delicacy that is popular in Europe and East Asia. The snails are frequently sold fresh and killed by placing them into boiling water just before preparation.

The total consumption of snails worldwide was 450,000 tons in 2014 and is rising every year.

However, not all types of snails are edible. The main types of edible snails are:

Snails have been eaten as food since Prehistoric Times. There is evidence to suggest that paleolithic humans began eating snails 30,000 years ago when humans began to diversify their food and adapted by eating smaller animals. Heliciculture, or the cultivation of snails for food, was also popular in Ancient Rome and much later, in Europe, escargot developed into a delicacy. In other countries like Cambodia and Thailand, escargot is street food and has always been considered as a poor person’s food. Escargot most likely made its way to the US in the 1850s.

A 100-g serving of escargot contains: 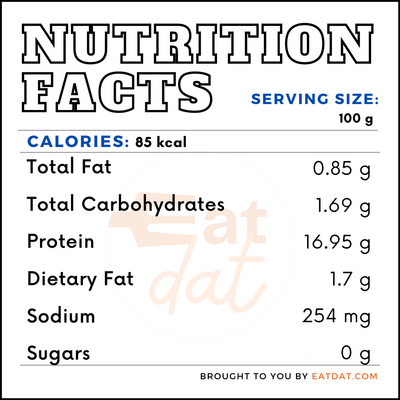 Escargot provides a high level of protein, as well as other nutrients such as magnesium, selenium, vitamin E, phosphorus, and iron. The fatty acids in snails have anti-cancer properties and also reduce the risk of cardiovascular disease, coronary heart disease, arthritis, and inflammation. Snail slime has even been used for cosmetic purposes in many countries.

There are three types of snail farms: outdoor, indoor, and outdoor-indoor. In the first type, snails are kept in outdoor enclosures and allowed to breed uninterrupted until they are fully grown. Indoor snail production is climate controlled and the animals are given special feed to fatten them up. This method requires constant monitoring. The third method allows the snail farmer to optimize both resources and time for the best results.

Almost 85 percent of snail production happens in the informal sector of poorer countries. Morocco is the biggest supplier of snails worldwide, followed by Indonesia, Romania, France, China, and Bosnia and Herzegovina. The main consumers of escargot are France, Italy, and Spain.

Escargot is eaten throughout the world in many different cuisines. Here are a few recipes:

The USDA regulates the movement of live snails for the purpose of the establishment of snail farms, as well as for other purposes. However, it is prohibited to import live snails into the US, though cooked and processed snails are allowed. All snails are classified as pests and are strictly regulated.