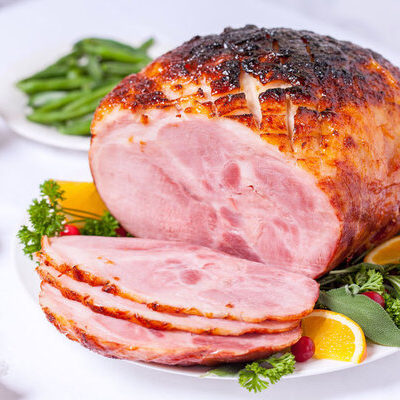 Ham is the meat from the hind leg of a hog. Most of this meat, known as cured ham, go through a curing process, although some varieties are unprocessed and are referred to as fresh ham. The process of curing preserves the meat and gives it longer shelf life.

The top 8 most popular brands that can be purchased are:

The ancient Chinese first preserved pork meat around 4,900 BC. A recipe for hams and figs later became popular in China around 200 AD. By Roman times, curing pork had already become a well-established practice and Cato the Elder wrote about salting this meat. Some historians believe that Marco Polo brought the recipe back to Italy from his travels. Christopher Columbus is believed to have taken eight pigs with him to the Americas, while Hernando de Soto took thirteen, thereby transporting this meat to the New World. Today, this meat is one of the most highly consumed meats across the globe.

This is full of protein and essential amino acids. It also has key vitamins such as vitamin C, choline, niacin, and betaine. Additionally, it provides other nutrients including: 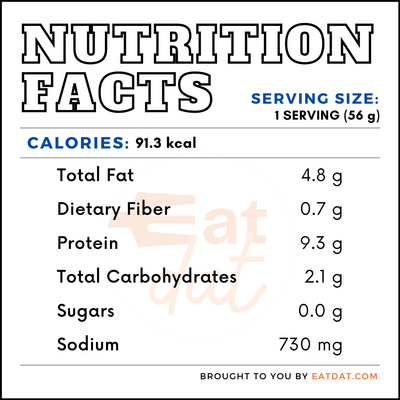 It is a rich source of iron and can even prevent anemia. However, hams also have a high level of saturated fats, which can lead to cardiovascular problems. Another component is sodium, which is known to lead to high blood pressure and strokes. Furthermore, it may also contain nitrates for preservation, overconsumption of which may lead to methemoglobinemia, a condition in which the red blood cells cannot transport oxygen. However, moderate consumption of this meat provides benefits and does not entail a high health risk.

It can be processed in three ways for commercial selling. The traditional bone-in cured or smoked method first trims the collar fat and skin, then the meat is pumped and netted. Next, it is heat processed before chilling and packaging. The boneless, premium kind is defatted and only the muscular portion of the meat is used. The muscles are injected into the pork, which then goes through massaging and later are netted together and shaped through heat processing. It is finally chilled and then packaged.

The final type, boned and sectioned, is made in the same way as the boneless premium type, except that the muscles are chopped into smaller pieces. Cheaper and more processed varieties of this meat are also sold. These are made with the leftover meat, which is blasted off the bone with high-pressure water and then molded back together, cured, and cooked. Some hams also contain meat made up of different parts of animals stuck together.

Fresh meat can be stored in the refrigerator for up to 5 days, while cured hams can be stored for around a week. There are different types of this meat, including:

This is a flavorful meat and can be used in a variety of dishes. Here are a few popular recipes:

The USDA regulates all meat products, including ham. The meat may be fresh, cured, or cured and smoked. The pork must not be derived from boars and sows must be harvested in facilities that comply with USDA and FDA regulations. All pork products are graded based on quality and cleanliness.

Riches, Derrick. “What Are the Differences Between Smoked, Cured, and Aged Ham?” Thespruceeats.com, The Spruce Eats, 1 July 2020, www.thespruceeats.com/different-ham-preparations-331614.