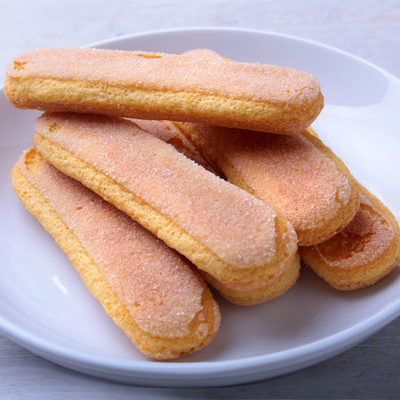 Ladyfingers are light, sweet, and spongy biscuits made from an egg base and shaped like fingers. These biscuits are also known as “boudoir fingers” or “savoiardi”.

The top 5 most popular variations of ladyfingers, according to Biscuit People are:

The recipe for ladyfingers, or savoiardis, dates back to the House of Savoy in 11th century France. From there, it’s believed that this recipe was passed down from generation to generation and spread through royal marriages. Still, many would argue that this biscuit as it is known today originated in the County of Savoy during the 15th century. This crisp, sweet, and spongy treat was crafted to please a French king on his royal visit. Ladyfingers would become a culinary success and would continue to be enjoyed by the wealthy for centuries to come.

In the 18th century, legend has it that Czar Peter the Great and his wife Catherine visited Louis XV of France. The Czar is said to have enjoyed the biscuits so much that he bought their baker and sent them back to Russia. As the taste for ladyfingers grew and the industrial era evolved, select companies began producing them in Europe. In 1901, Specialty Bakers, Inc., or as they call themselves The Ladyfinger Specialist, opened in the US. Today, this company produces nearly all of the finger cookies available in American supermarkets.

Ladyfingers often play a supporting role in desserts. These biscuits provide a cakey texture while soaking up the flavor of cream or chocolate. Since they are light and spongy, they give more body to a dessert without making it too heavy.

As is true with many baked goods, ladyfingers should be consumed in moderation. This finger cookie is high in sugar and sodium. Twelve of these biscuits can have: 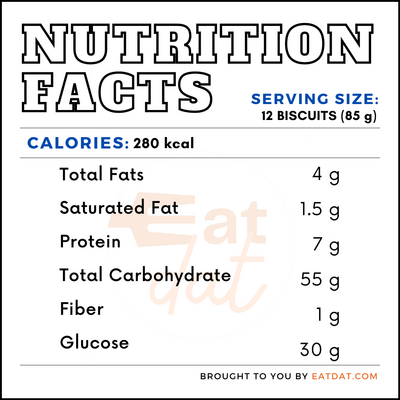 This cookie has small amounts of calcium and iron, but these are not enough to make it a healthy snack.

Mainly one company in the USA (Specialty Bakers) commercially produces these spongy biscuits. The process begins with whipping egg whites until they have soft peaks, then sugar is added to the mix. After that, the egg yolks are blended then whisked together with sugar and vanilla extract. Flour is sifted into the second batch, whisked again, then gently combine and mix with the first batch. The mixture is piped out in the shape of fingers, baked, sprinkled with sugar, cooled, and packaged for sale.

These sweet and fluffy cookies are nice in deserts or dunked in milk or coffee. To enjoy ladyfingers to the fullest, you should ensure that they are properly stored. Keep these biscuits from going stale by keeping them in an airtight container. This way, you can store a fresh batch or opened bag of ladyfingers at room temperatures for up to three weeks.

This delicate sweet bread helps give life to other desserts. Here are some popular recipes.

The Food & Drug Administration has labeling regulations for ladyfingers that establish the reference amount companies should follow. All cookies must include the reference amount of 30g on their packaging and nutritional labeling. This regulation ensures that all products for human consumption include measurements that are appropriate for the food.