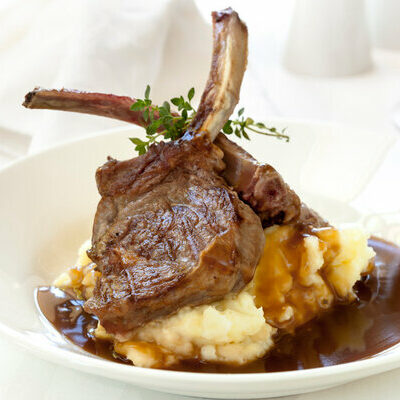 What are Lamb Chops?

Lamb chops refers to a specific cut of lamb (young sheep) that are tender and flavorful. The cut may be made from the rib of the animal. Generally, lamb chops are the most expensive lamb cuts.

Lamb chops are often left together and cooked, making them a rack of lamb. This cut of lamb cooks fast and has a mild flavor.

The various cuts of lamb include:

Sheep were one of the first animals to be domesticated for their meat. Their cultivation originated in Central Asia almost 10,000 years ago. In fact, the oldest breed of sheep in the world is Karakul, native to Central Asia. Later on, sheep became widespread throughout the Central Asia, Mediterranean, and Middle Eastern regions. Sheep and lamb were used as ritual sacrifices in Ancient Greece and Ancient Rome. Lamb has a significance in all three Abrahamic religions and is an essential part of the traditional religious cuisine. Today, lamb is one of the most consumed meats in the world.

China is the largest producer of lamb in the world, followed by Australia, New Zealand, Turkey, Algeria, Iran, the UK, India, and Russia. Lamb is classified as a red meat by the USDA.

First, lambs are raised on their mother’s milk. Then, they are gradually weaned and fed on pasture or grains. Hay, corn, barley, sorghum, and wheat are used as feed and are often enriched with vitamins and minerals. They are kept in feedlots for growing and “finished” there. Some lambs are grass fed, which is mentioned on the label. Also, lamb meat may  be aged to enhance its tenderness and flavor.

Lamb chops must be kept in the freezer and used within 5 days. The chops may be thawed by removing from the freezer and keeping in the refrigerator, by heating in the microwave, and by putting in cold water. These methods will prevent the bacteria from developing in the meat. 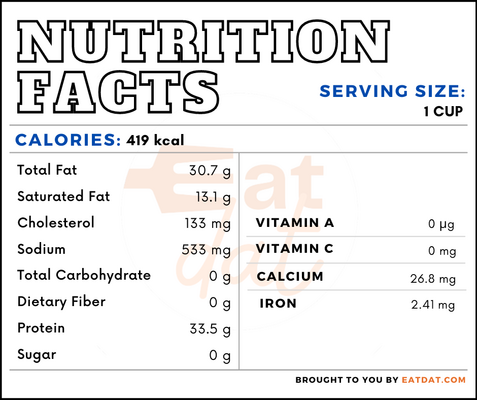 Lamb chops are rich in phosphorus, potassium, sodium, and choline. Also, they contain calcium, magnesium, selenium, folate, vitamin K, and fatty acids in decent quantities. High lamb consumption can lead to diseases such as colon cancer, inflammatory diseases such as atherosclerosis, diabetes, rheumatoid arthritis, macular degeneration, as well as infertility. However, if consumed in moderation, lamb is a nutrient-dense food.

Traditionally, chops come from the rib, loin, sirloin and shoulder of the animal. The chops are often also Frenched, a technique in which about half of the rib bone is skillfully exposed and cleaned, or trimmed, which shows lesser bone. Additionally, the bone may be completely removed and the meat rolled into a noisette. This meat is used in a variety of different dishes like mutton, meatballs, and kebabs. Here are a few recipes:

The USDA regulates all meat products, including lamb, which is defined as meat from younger animals less than a year old. A spring lamb refers to a lamb that is slaughtered between March and October.  Grading of lamb is voluntary and is graded as Prime, Choice, and Good. Lower grades of lamb are classified as Utility and Cull. Hormones are allowed in raising lambs.

Jamie Oliver, How to Choose the Right Cut of Lamb, https://www.jamieoliver.com/features/ultimate-guide-to-lamb-cuts/

Priscilla Martel, The Flavorful Culture of Lamb, Center for the Advancement of Foodservice Education, https://cafemeetingplace.com/features/item/761-the-flavorful-culture-of-lamb