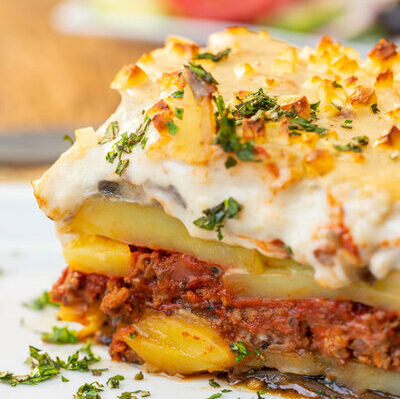 Moussaka is a dish made with eggplant or potato. It is a layered dish filled with a sauce made from ground meat, vegetables, or cheese, depending on the country. Similarly, it is also consumed hot in certain regions and cold in others. The dish is very popular throughout the Mediterranean and Balkan regions, where each country has its own variation.

The top 10 most popular Mediterranean dishes include:

The origin of moussaka may be traced back to the ancient Arabs, who invented it when they began growing eggplants. The first written mention of this dish is in a medieval cookbook called A Baghdad Cookery Book, written in the 13th century. The word moussaka itself comes from the Arab ‘musaqqâ’, which literally translates to moistened, and refers to the tomato sauce used. The modern Greek version of the dish that has become popular was invented by Nikolaus Tselementes in 1920. Due to Ottoman occupation, this version has also become popular in Turkey. 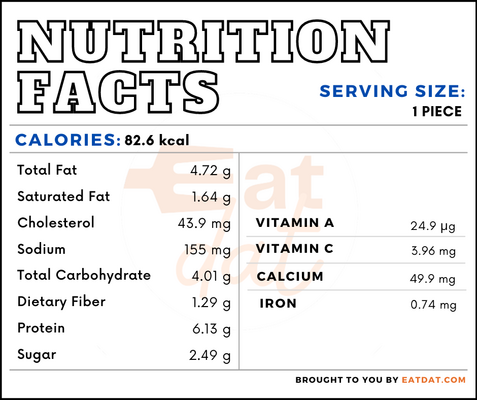 Moussaka is rich in micronutrients like calcium, potassium, phosphorus, sodium, carotene, lycopene, and lutein + zeaxanthin. Also, it contains magnesium, selenium, vitamin C, folate, choline, vitamin A, retinol, and vitamin K. Regular consumption of eggplant can aid in cardiovascular system protection. It may also help in preventing diabetes and reduce inflammation. Additionally, this vegetable has the ability to assist in preventing obesity, hypertension, and hyperlipidemia.

There are many versions of moussaka. The Arab and Turkish versions use a meat and vegetable blend, made with sliced eggplant, meat, and tomatoes, which are cooked in an oven in layers. Whereas, the Greek version adds an extra layer of bechamel sauce or beaten eggs. In the Balkans, the dish is more elaborate and may replace eggplant with potatoes. It may contain eggs, cheese, potatoes, and spinach, or even sauerkraut and rice. In the Romanian version, noodles may be added to the vegetables.

Lamb is traditionally used for this dish, however other minced meats may also be used. Some versions can even be meatless.

This dish has an array of variations, depending on the region where it is made. It can be adapted to include or exclude different ingredients. Here are a few recipes:

Moussaka, a Spectacular Dish with a Curious History, Gets a Magnificent (and Long Overdue!) Makeover, Cooks Without Borders
https://cookswithoutborders.com/new-story/2020/12/12/moussaka-magnificent-makeover