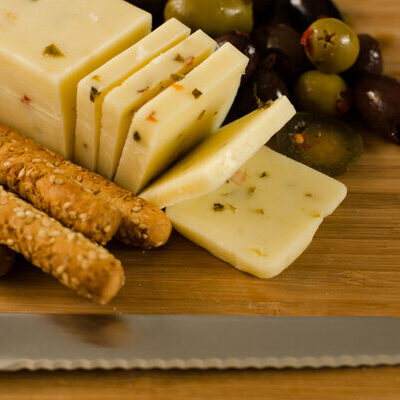 What is Pepper Jack?

Pepper Jack is a type of cheese from the USA. This type of cheese is made from cow’s milk. It is white to yellow in color and is flavored with peppers and other spices. This semi-soft cheese has a spicy and buttery flavor. It is often used with savory dishes such as burgers, quesadillas, etc.

The top 8 most popular Pepper Jack brands are:

Monterey Jack, of which Pepper Jack is a spicy version, is one of the four cheeses invented in the US. The history goes right back to 1769 when Spanish missionaries opened up monasteries in San Diego and Monterey Bay. They brought their cattle along and began producing cheese locally, known as Queso blanco pais.

After the Mexico – US war in 1846, Mexico was forced to handover California to the US in return for a paltry 15 million dollars. David Jack, a gun salesman, became a large landowner through corruption and land seizure. The land he acquired contained large swathes of cattle ranches, where this cheese was produced. Jack began to market these cheese and labeled it after the region and his own name. 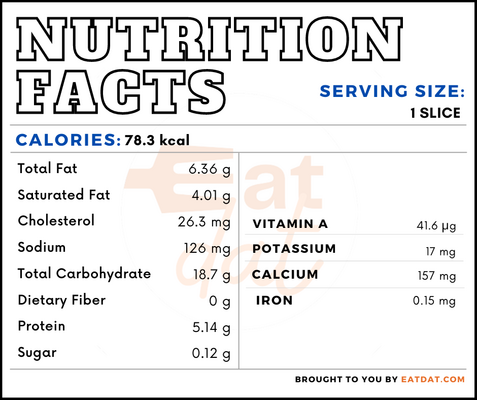 Pepper Jack’s preparation involves using cow’s milk. Different types of chilies such as jalapeños, serrano peppers, and habanero peppers are used for the spiciness. First, the milk is heated and then cultures are added in and the mixture is stirred. Then, ingredients such as black peppers and chilies are roasted and added to the liquid. Next, rennet is added to produce the curds. After that, the whey is drained off and the curds are formed into molds. Finally, the cheese is washed and pressed to remove any excess liquid. This cheese is usually allowed to age for up to 3 months.

Pepper Jack works well with dishes that require melted cheese. It is suitable for pairing with spicy food or with sweet foods on a charcuterie board. Here are a few recipes.

Monterey Jack is classified as a type of cheese containing at least 50 percent milkfat and no more than 44 percent moisture. It is prepared by mixing a lactic acid-producing bacterial culture and clotting enzymes to pasteurized cow’s milk.