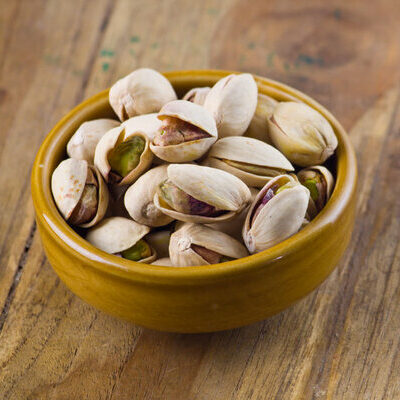 Pistachios are the seeds of the pistachio tree. They are closely related to the cashew nut, and classified as a drupe. The nut has a beige colored shell, which splits open when ripe, and the edible nuts inside are bright green when raw and greenish brown when ripe. It has a unique earthy flavor with mild sweet tones, although it is most often sold salted in the shell.

The top 10 most popular brands of this nut include:

These seeds grew in abundance in Turkey, Iran, Syria, Lebanon, Russia, and Afghanistan. Archaeological evidence shows that the nut was consumed by humans for around 9,000 years. This nut spread to the Mediterranean region from the Middle East, where it quickly became a delicacy. Also, it was one of the foods that traveled along the silk road to China. It was popular in the ancient cultures of Babylon, Roman Empire, China, Persia, and Arabia. Also, the nut has been used as a medication in many ancient cultures. Later on, in the 1800s, it was introduced into the Americas.

Iran is the main producer of this nut, followed by the USA, Turkey, China, Syria, Greece, Italy, Afghanistan, Australia, and Tunisia. About sixty percent of the total production is used to prepare ice creams and kulfis, or consumed roasted and salted.

Pistachio production requires warm and dry weather with decent winters. This crop thrives in sandy loam soils with good drainage and mildly alkaline content. Once planted, trees take up to 5 years to begin production, and reach full potential only after 12 years. Currently, there are eleven species of the nut grown commercially.

These nuts are best stored in airtight containers, and can remain fresh for up to three months. 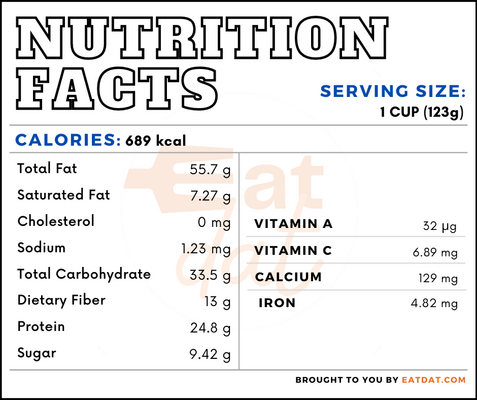 These are mostly commonly consumed roasted and salted. Nonetheless, A large proportion of the nuts produced are used in making ice creams, kulfis, and gelatos. Also, they work well with any type of baked goods, desserts, and sweets. Here are a few recipes:

The FDA regulates the pistachio as a tree nut and has specific regulations regarding the packaging. Also, it can be sold as part of mixed nuts, which requires at least four or more different types of nuts in a single package. The grades and standards for pistachio are covered by the USDA.