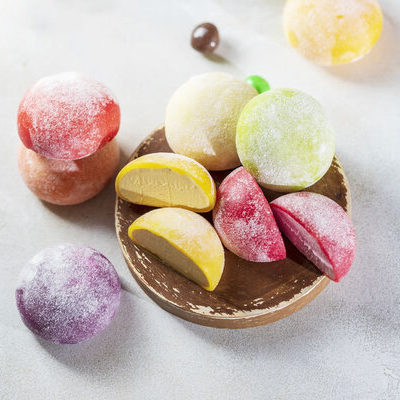 What is a Rice Cake?

The rice cake is a savory dish made from glutinous rice. Rice is pounded to a gluey, sticky mass, then formed into a variety of different shapes and sizes. This dish is present in many cuisines, including Korean, Chinese, and Middle Eastern.

The top ten most popular brands of rice cakes in the US include:

Historians assert that rice cakes have existed, in one form or another, since ancient times in Japan, China, and Southeast Asia. For instance, mochi (glutinous rice cakes) have been a traditional feast-day and upper-class delicacy since ancient times in Japan. Short grain rice cultivation was brought to Japan by Chinese and Korean immigrants, leading to the spread of the food. However, this snack’s origin in the United States can be traced back to the early 1900s, when a botanist at the New York Botanical Garden, Alexander Pierce Anderson, developed steam-puffed rice.

Later on, Midwestern investors bought the idea and sold their shares to Quaker, which became a prominent seller. Soon, the palm-sized rice disk was marketed as a healthier alternative to bread. In the ’80s and ’90s, rice cakes became a popular low-carb and low-fat snack. Eventually, the trend faded. Nonetheless, in recent years the puffed rice snack has regained popularity among gluten-free consumers.

Rice cakes are used as a substitute for bread or other calorie dense snacks. Also, in Asian supermarkets they are available in a refrigerated form for use in different meals. This dish is usually savory, but there are some sweet renditions of it, as well.

A 100g serving of this food contains: 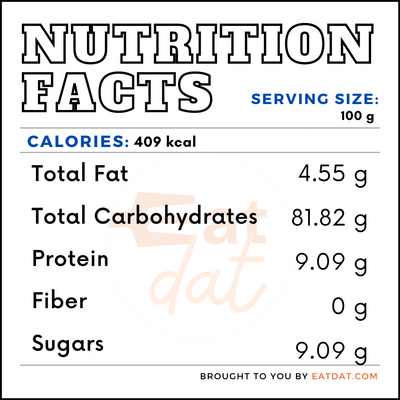 The health benefits of rice vary depending on the type of rice used. Brown rice offers plenty of essential vitamins and minerals. Additionally, it can help improve heart health and prevent certain cardiovascular conditions. However, this snack may have some side effects. Rice cakes may promote weight gain and high blood sugar due to their high glycemic index. Furthermore, rice contains heavy metals, such as arsenic and mercury.

For the commercial production of this food, equipment and tools, such as a puffing machine, sugar cooker, rice mixing machine, and rice molding machine, are required. First, the rice is fed from the hopper into a robust cast iron. Then, the cast iron is heated. After about 8 to 10 seconds of exposure to heat at this pressure, the lead in the iron cast expands, making more space. Within a few seconds of heating, the mixture explodes to fill the space.

When it explodes, the cakes gently fall onto a transporter. Next, the belt carries the cake past a spraying head where salts and flavors may be added. After that, the product moves to the bagging area, where the rice cakes are removed by hand, inspected for breakage, and stacked. Finally, the cakes can be packaged in a printed overwrap bag and sealed. The bags are then packed in cartons for bulk sale.

Making Asian rice cakes at home is simple. Start by combining rice flour with tapioca starch. Then, add boiled water and mix well. Next, roll the mixture into a long round dough. Finally, steam the dough and add any desired ingredients or toppings.

This dish has an array of culinary uses.  Here are some popular recipes:

The Food & Drug Administration categorizes rice as a raw agricultural commodity, and regulates its growing, harvesting, and packaging. Furthermore, the organization notes that given their widespread consumption, they are a major food source of inorganic arsenic. Rice and rice-based food products have higher levels of inorganic arsenic than other foods tested by the FDA. The FDA warns that exposure to inorganic arsenic in rice and rice products may cause death

“The Evolution of the Rice Cake.” The Counter, 29 Sept. 2020,  https://thecounter.org/revolution-puffed-rice-cake-quaker-low-carb/