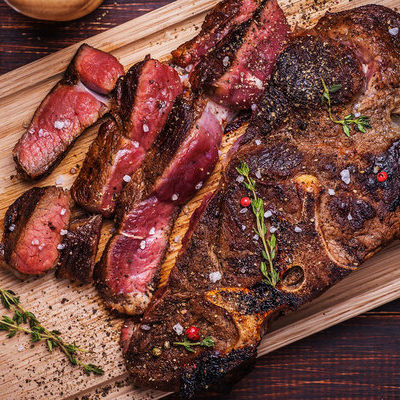 A steak is a piece of meat that includes animal muscle fibers and sometimes bone. Common cuts of this meat are tenderloin, sirloin, rib-eye, t-bone, rump, and porterhouse. This food is often accompanied by starchy sides with 28% of people ordering a baked potato as a side for their steak.

According to The Spruce Eats, the top 10 cuts of steak to grill are:

Although the exact date of the domestication of cows is unclear, by 3000 BC there is evidence of it in Mesopotamia and Egypt. European cows are thought to share the same ancestors, but this breed (Bos Taurus) would later produce many cattle phenotypes. The word steak is derived from the Old Norse word “steik” which originates in the 15th century. Around the same time, Columbus transported cattle to the New World on his second journey there.

In the following centuries, more cattle was brought to the country by other Spanish explorers, as well as the Portuguese. Beef would become so popular that in the 1800s beefsteaks became a culinary phenomenon in New York. The modern-day steakhouse originated from chophouses and beefsteak banquets of the same era. Beef’s accessibility and the American cattle culture would lead to the steak becoming a culinary classic in the US.

A great source of protein, as well as vitamins and minerals, steak has plenty of nutritional value. This meat contains minerals such as:

A three-ounce serving of beef tenderloin can have: 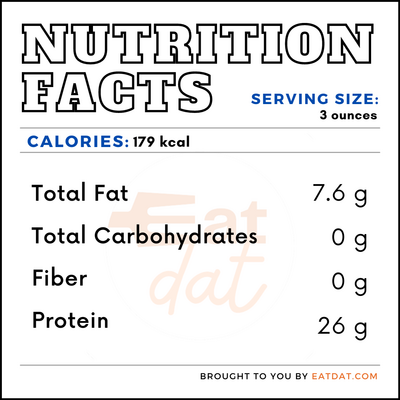 While it does contain a lot of cholesterol, consuming this food in moderation is safe. Some health benefits of steak are increased muscle mass, improved performance, and preventing anemia. Nutritionists, however, recommend limiting processed red meat.

The commercial production of beef in the US is a large scale operation, which produces around 26.9 billion pounds of beef each year. The production of this meat begins with breeding, feeding, and caring for cattle. Purebred and seed stock breeding is very advanced in the US, which allows producers to genetically improve cows. 18 months to 2 years after breeding, cows are taken to the slaughterhouse and killed. The meat is then cleaned, separated, and cut, packaged, and stored until ready to be shipped off to stores.

This meat can make any dinner feel like a feast, but to enjoy it fully you should store it properly. It’s best to store raw meat in an airtight container or wrapped tightly in cling wrap to reduce exposure to air. You can keep this meat in the fridge as long as the ‘best by’ date on the original packaging recommends. If you want to freeze steak, you should freeze it before it’s ‘best by’ date and only keep it for 3-6 months. Before cooking this frozen meat, ensure that it is fully defrosted and thoroughly cooked.

Whether it’s with a peppery marinade or fries on the side, steak makes a great meal. Here are some popular recipes.

The Food & Drug Administration and the USDA regulate meat production and cooking in the United States. The FDA’s food safety guidelines for cooking meat recommends cooking steak at 145° F (63° C) and leaving it to rest for 3 minutes. This is the same standard to which federally inspected meat establishments are held to. With these recommendations, the FDA hopes to decrease the number of foodborne illnesses.