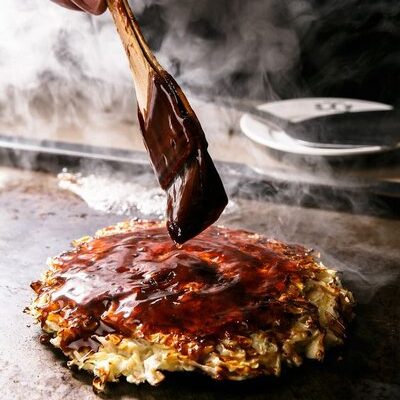 What is Tamari Sauce?

Tamari sauce, known as tamari shoyu in Japanese, is a sauce of Japanese origin used for enhancing the flavor of soups, stir fried foods, tofu, noodles, and rice.

It is considered to be a good vegetarian and gluten-free option for use in Japanese cuisine. It is especially suitable for dishes that are served cold, for dipping, and for Japanese cooking in general.

This sauce was originally the soy sauce brought over to Japan from China in 7th century AD. Produced as a byproduct when miso paste was made, soy sauce had been used for centuries in China. The Japanese later changed the recipe to reflect local tastes. The name ‘tamari’ was common by the 1300s and was a derivative of ‘tamaru’, which means to accumulate.  Between the 1700s and the 1800s, the recipe for this sauce would be standardized, closely resembling the tamari we know today.

This sauce contains a number of amino acids derived from plants, as well as vitamin B3, manganese, and tryptophan. It is a gluten-free and reduced sodium alternative to soy sauce. Due to the fermentation process it undergoes, tamari sauce also contains peptides, polysaccharides, and oligosaccharides.

Soy sauces are classified as textured vegetable protein and considered a suitable substitute for meat products, both in taste and protein intake. Furthermore, soy foods, including tamari, can have a positive impact on women’s health, as they help keep blood pressure in check and have anticarcinogenic properties. Tamari may also help in fighting inflammation, allergic reactions, and gastric acid secretions.

Traditionally, tamari sauce was merely a byproduct of miso production. Modern commercial methods start with the same procedure of the fermenting of the soybeans, which are first soaked in water and steam cooked before being formed into nuggets and dusted with seed koji. These are placed in a sealed chamber for two days during which they develop a fungus. Then, these are fermented with salt and water for about 4 to 6 months. This fermented product is called moromi and is pressed to get the raw tamari, which is then pasteurized to make the final product.

Tamari may be stored at room temperature for long periods. However, refrigerating it provides the best results. Also, it is advisable to keep the sauce in an airtight container and not expose it to sunlight, heat, moisture, or air.

This Japanese sauce has an elegant and subtle taste that, along with its thick consistency, makes for a wonderful dipping sauce. The sauce may also be added to soups, stews, marinades, stir-fries, noodles, fish, or tofu to enhance their flavor. Here are a few recipes using tamari:

While tamari is not explicitly mentioned in the Code of Federal Regulations, the Food & Drug Administration addresses soy sauce in its different forms. These sauces fall under the category of condiments and are regulated by the FDA.

William Shurtleff and Akiko Aoyagi, History of Soy Sauce, Shoyu, and Tamari, A Chapter from the Unpublished Manuscript, History of Soybeans and Soyfoods, 1100 B.C. to the 1980s, Soyinfo Center, 2004, https://www.soyinfocenter.com/HSS/soy_sauce1.php