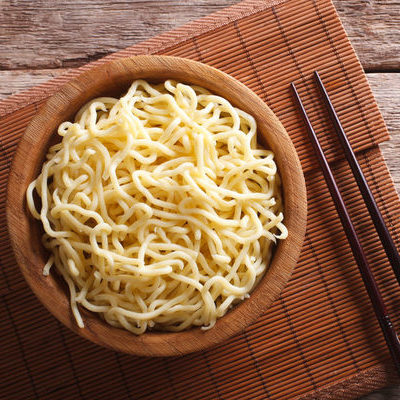 Asian noodles can be made from wheat or other grains. Traditionally, wheat flour is mixed with water and salt, into a dough. Rolled out, cut, and stretched to make long strips or strings.

This is very popular around the world in its different forms, including  noodles made of rice, buckwheat, acorn flour, and other ingredients.

The following are popular types of Asian noodles:

Undisputedly, this originated in China. There is archaeological evidence to suggest that the Chinese were making it as far back as 4000 years ago. There is a gap after that when it was recorded as a food during the Han dynasty period about 2,000 years ago.

Noodle / pasta records show up in Europe around 600 AD and appear to have developed parallel and unrelated to the Chinese. Though there is a school of thought that attributes pasta to Marco Polo bringing it back from his Chinese travels, a contradictory idea holds that pasta already existed in ancient Rome and was known as ‘lagane’. Pasta-making implements from the 4th century BC have been unearthed in Rome. A third contention is that it originated in Arab lands and then influenced Europe.

However, it is certain that countries like Japan, Vietnam, and Korea adopted this from China.

Instant noodle was first introduced in 1958 in Japan by Momofuku Ando. Cup noodles came to the fore in 1974.

The nutritional value for one cup (100g) of noodles is: 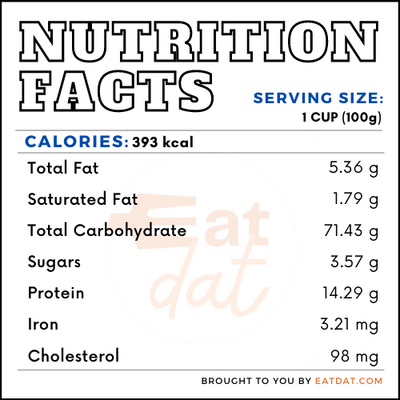 The primary reason for eating this is that it is extremely versatile and can be adapted to different cuisines and tastes. There are different ways to prepare it, each of them with different nutrition levels. This is also made of different ingredients.

Most are produced commercially, though hand-made ones are also available. Instant noodle is a commercial product that are pre-cooked, dehydrated, and packaged along with flavoring powder. This is a more convenient way to make it and is extremely popular throughout the world. However, this contains a high level of sodium, tertiary-butyl hydroquinone (TBHQ), and monosodium glutamate (MSG) are unhealthy.

The FDA classifies noodle and noodle products as a product made from semolina, durum flour, farina, or flour along with eggs. These products are regulated strictly in the US for the seasonings, salt, gluten content, glyceryl monostearate, etc. The finished product must be at least 87% solid. The labeling of these products must include these specifications clearly.

Mehra, Sehr, Tracing the Origins of the Noodle
https://scholarblogs.emory.edu/noodles/2018/07/08/tracing-the-origins-of-the-noodle/