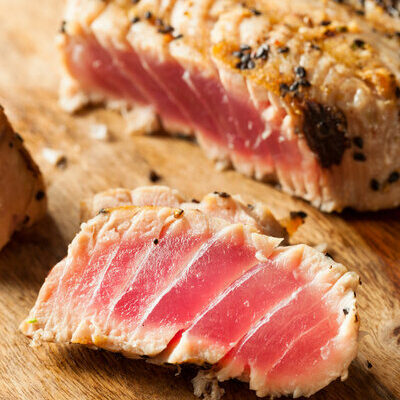 Tuna is a saltwater fish belonging to the Scombridae or mackerel family. It is known as the ‘beef of the sea’ because it tastes of young and tender beef, though oilier, and can be made into steaks. This fish has an elongated body with a forked fin, with iridescent scales that are blue on the upper side and silvery on the lower side. It has a creamy, buttery, salty, and savory flavor.

The top 10 most popular canned tuna brands are:

This fish has been caught and consumed for at least 2,000 years throughout the Mediterranean coast. The first recorded mention of the consumption of this fish was by the Greek Aristotle in 350 BC. This fish became very popular in Japan and other Pacific Islands in the 18th century. Canned tuna was invented in the early 1900s and immediately became popular. 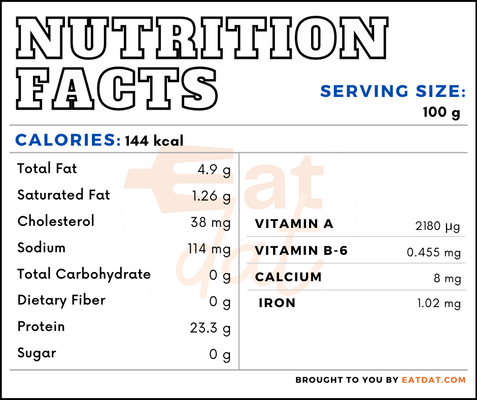 The main exporters of tuna are Vietnam, South Korea, Indonesia, Spain, China, Turkey, France, Croatia, Morocco, and Malta. Whereas, the main importers of this fish are Japan, the USA, South Korea, France, Spain, Italy, Russia, Netherlands, Germany, and the UK.

There are five different methods for tuna fishing: longline, gillnet, pole and line, purse seine, and troll. Purse seine is the most commonly used method around the world, accounting for 63 percent of the total production. These vessels do their fishing by spotting schools of the fish by looking for dolphins, natural floating objects, or fish aggregating devices, under which they swim.

It is advisable to consume fresh tuna within a day. However, it may be kept in the freezer, dried, and sealed in plastic wrap or foil in the freezer. Canned varieties will last up to one year, if stored in a cool and dry place. Opened cans can be stored in the refrigerator for up to 4 days.

It can be cooked easily by boiling or grilling. Also, it is often used in sushi or pasta and rice dishes. It is popularly combined with mayonnaise when used in sandwiches or salads. Here are a few recipes to try:

Fish is regulated by FDA, which defines fish as any fresh or saltwater finfish, crustaceans, and other forms of aquatic animal life intended for human consumption. Tuna falls under the most frequently consumed raw fish. Canned tuna is defined as food consisting of processed flesh of fish of the species, which includes northern bluefish, southern bluefish, albacore, blackfin, bigeye, yellowfin, longtail, skipjack, spotted, black skipjack, kawakawa, slender, bullet, and frigate tuna. Moreover, tuna products are to adhere to the standards set by the USDA.