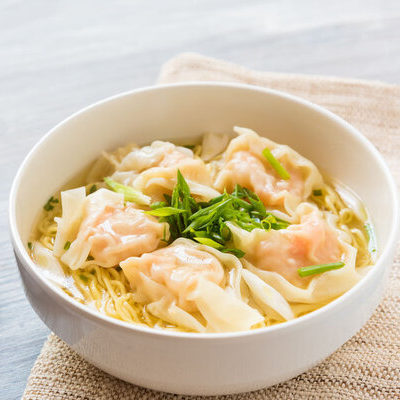 What is a Wonton?

Wontons are a type of dumpling of Chinese origin. They are made by stuffing meat, seafood, or vegetables in wonton wrappers, which are made from flour, eggs, and cornstarch, and then steamed, boiled, or deep-fried. The most common shape for making wontons is a triangle.

The top 7 most popular Chinese wonton recipes include:

The history of dumpling can be traced back more than 2,000 years. This dish originated in Northern China during the Han dynasty and later spread throughout the country. Originally, it was similar to jiaozi, a Chinese style of dumpling, but later morphed into its present form during the Tang dynasty. Wontons are derived from the Cantonese word yún tūn (云吞), which means swallowing cloud, referring to the way wontons float in soup. World War II brought wontons to Hong Kong, where it was a street food served to workers. As more and more Chinese expatriates moved to the US, they took their wontons along with them, creating a fusion of Chinese and American foods.

A 100g serving of wontons contain: 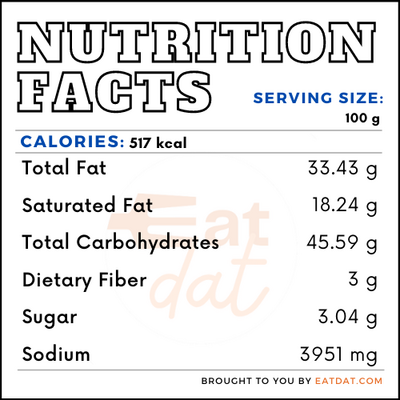 These contain carbohydrates and fats. If meat is the choice of stuffing, as is often the case, they can also offer decent protein content. Nonetheless, the micronutrients offered by wontons depend on the stuffing. Fried wontons, however, may be an unhealthy choice. Wontons and its soup may also have high cholesterol content. This is a dish that is best consumed in moderation.

These dumplings are sold in both restaurants made fresh or in the supermarket as frozen food. The commercial production of this dish begins with preparing the wrappers. Then, the stuffing is added in and the cooked wrappers are put into pork bone soup (or other stock) for cooking. After that, the individual cooked wontons are taken out, dried, and freeze-dried. In the final stage, they are packaged and sent to the market.

These dumplings can be enjoyed in a variety of ways. Here are a few popular recipes:

Wonton wrappers are regulated by the Food & Drug Administration with regards to content and labeling. Frozen wontons are classified as “quickly frozen“, which denotes that they are frozen by a freezing system that ensures the food is evenly frozen all the way to the center. The FDA also provides the recommended storage conditions for different types in their Preventative Controls for Human Food Guide.