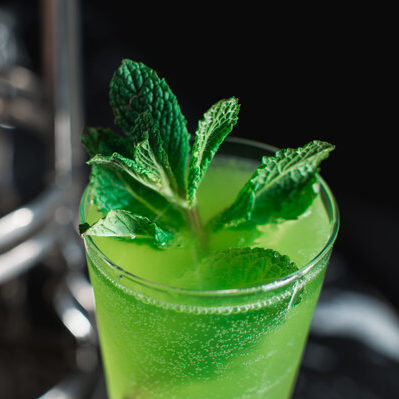 Absinthe is an alcoholic drink made from anise, wormwood, fennel, and other herbs. This liquor has a clear green color and a distinctive flavor, as well as alcohol by volume (ABV) content that falls between 55% and 75%. The traditional way to consume this alcohol is by diluting it with water and sugar before drinking it.

This alcohol dates back to the 15th century when an ancient text mentioned a drink that contained wormwood. Gaius Cecilius, a Roman scholar, provided the first detailed written description of this wormwood drink’s medicinal uses. Historians suggest that Dr. Pierre Ordinaire formally developed this drink when he combined wormwood with other herbs. Ordinaire used it as medicine for his patients and, due to its healing properties, the drink earned the nickname “La Fee Verte” or the “green fairy”. In the late 17th century, distillers and merchants began to examine the commercial value of absinthe production.

Over time, the popularity and rate of production of this liquor increased. In the 1880s, this alcoholic beverage became popular among many working-class individuals in France. Many men and women saw it as a substance that could induce a higher level of consciousness. In the early 19th century, this liquor was banned in France, Switzerland, the US, and other European countries, as it was believed to drive people to engage in malicious behavior. In the late 1990s, countries in Europe reversed the ban and later, in 2007, the US followed suit. 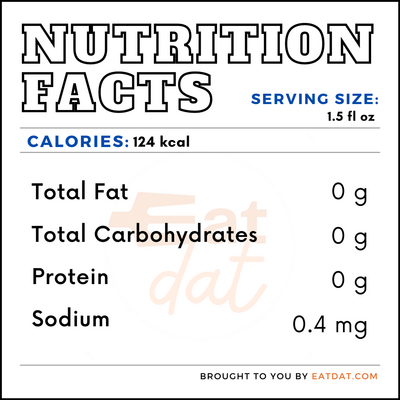 The primary ingredient in this drink is wormwood. Here are some health benefits associated with this herb:

However, this drink is still a form of alcohol. Therefore, anyone who wants to consume it should exercise caution. Excess consumption of this alcoholic drink can affect cognitive reasoning and cause various health issues.

This drink has three primary ingredients, which include anise, wormwood, and fennel. Other herbs like hyssop, melissa, and angelica root are also present in the mix. The quality of these herbs can determine the quality of the final product. The base alcohol for producing this drink is usually grape or beetroot brandy. The commercial production of this alcoholic beverage involves maceration, filtration, and distillation of the ingredients.

The distillate at the end of the process has an alcohol by volume (ABV) content of 75%. The distillate is then reduced with water and left to age in casks. The final stages involve coloring and bottling the final liquor. In 2018, the absinthe market reached a value of $34.1 billion. This value is expected to hit $44.3 billion by 2026, with a growth rate of 3.4% between 2019 and 2026.

If you purchase this liquor, it should be stored away from light and at a temperature below 86°F. The alcohol bottle should also be kept right side up and sealed with a cork stopper as other materials may allow the alcohol to evaporate.  This alcoholic drink can safely last for about six months once the bottle is opened.

This alcohol is a popular ingredient for cocktails. Here are some recipes you can try:

The Food and Drug Administration does not regulate this liquor’s production. The Alcohol and Tobacco Tax and Trade Bureau (TTB) approved distilled spirits that contain absinthe in 2007. The TTB states that distilled spirits containing this liquor have to be thujone-free. According to the FDA’s method for testing for thujone, a distilled drink is thujone-free if it contains less than ten parts per million of thujone. Additionally, the TTB regulates the production and labeling of this alcoholic drink.