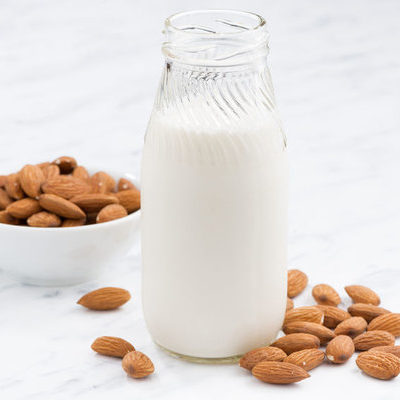 What is Almond Milk?

Almond milk is the liquid extract from raw almonds that is characterized by its creamy texture and nutty flavor. This beverage is one of the many types of plant-based milk that are available on the market today.It’s possible to buy enriched versions of this plant milk that can provide the same amount of calcium as dairy milk.

The top 10 brands in the US, according to Thrillist are:

Plant milk has been around for centuries in Asia. Although almond milk wasn’t available until the Middle Ages, during which time it was popular among the upper classes. Almonds are native to the Middle East but were brought to Europe in the 8th century. It was religious motives that spawned the creation of almond milk as a milk substitute to enjoy in times of fasting.

However, the first mention of this beverage was in Salerno in the 12th century. Almond milk would later become a common ingredient in both Indian cuisines and for medicinal use in the 1800s. The 19th and 20th centuries would see the popularity of this plant-based milk soar with its sales superseding soy milk in 2013. Today, this milk is one of the most popular types of dairy-free milk on the market.

Much like milk from cows, this creamy plant-based beverage helps give flavor and texture to a variety of dishes. You can use this milk in baked goods, savory dishes, and creamy creations like ice cream. This plant-based milk also works well in your morning coffee. Almond milk is even tasty to drink on its own, in protein shakes, or eat with cereal.

This popular dairy-free milk is a great alternative for people who suffer from lactose intolerance. One cup can have: 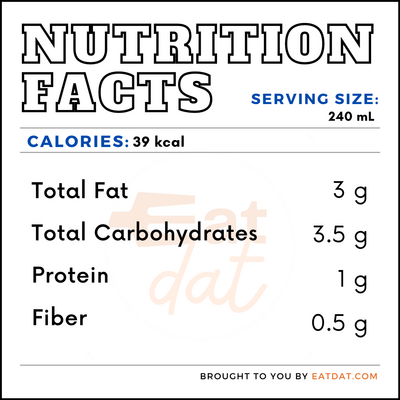 This plant-based milk can also contain plenty of nutrients, such as vitamins D&E, calcium, and potassium. The levels of vitamin E and other nutrients in this drink make it quite healthy. However, the sugar content of the variety you consume can greatly affect the health benefits, so it’s best to select unsweetened versions.

The commercial production begins with soaking raw almonds in water overnight. Then, the nuts are drained, placed in a blender with fresh water at a 1:3 ratio, and blended. Sweeteners such as sugar or honey can then be added to the blend. Next, the mixture is placed in a pressing machine to extract all the liquid from the pulp. Finally, the milk is bottled, labeled, and stored in a cool, dry place until it’s sold.

The FDA has strict regulations in regards to food labeling, especially for processed beverages. Companies that produce almond milk and other plant-based beverages must comply with the labeling regulations concerning sugar. The FDA requires that all added sugars be clearly marked on a product’s packaging.

Almond milk can give great texture and flavor to anything from cakes to sauces. However, to ensure maximum enjoyment of this beverage, it’s best to store it properly. Store-bought almond milk can be kept at room temperature until opened. After it’s opened it should be stored in the refrigerator and consumed within one week. It’s also important to adhere to the ‘best by’ date printed on the carton.

This milk can be consumed on its own or used in sweet and savory dishes. Here are some popular recipes:

The Food & Drug Administration does not have a standard of identity for almond milk but also does not consider it a dairy product. However, the FDA does regulations concerning how almonds should be grown, harvested, and packed. As the majority of almonds are produced in California, any almonds coming from within the US, Canada, or Mexico must be treated for salmonella to reduce foodborne illnesses. The Food & Drug Administration also recently increased the approved amount of vitamin D commercial producers are allowed to add to milk alternatives, such as almond milk.

“Statement from FDA Commissioner Scott Gottlieb, M.D., on Modernizing Standards of Identity and the Use of Dairy Names for Plant-Based Substitutes.” U.S. Food and Drug Administration, FDA, 27 Sept. 2018, www.fda.gov/news-events/press-announcements/statement-fda-commissioner-scott-gottlieb-md-modernizing-standards-identity-and-use-dairy-names.