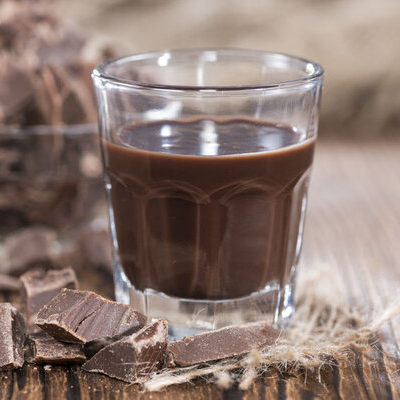 What is Chocolate Liqueur?

Chocolate liqueur is an alcoholic drink composed of chocolate extract, distilled spirits, and additional flavorings such as sugar, fruits, herbs, and spices. Vanilla and simple syrup may also be added. Chocolate liqueur is naturally clear; however, coloring may be added to give it the desired color.

This liqueur most likely originated from France, where it was reportedly sold as early as 1666. Chocolate wine (a type of chocolate liqueur) was also popular in New England during the 18th century. Sherry, sugar, port, and chocolate were among its ingredients. A French manual from 1780 was one of the first written descriptions of this liqueur. Later on, in 1803, a French pharmacy manual included a recipe for this beverage. Also, an American cookbook published in 1825, included a similar recipe.

Throughout the 19th early 20th centuries, manuals and encyclopedias in French, English, and Spanish offered identical recipes. In the past, chocolate liquor was made by merely adding cocoa beans to an ordinary liqueur. However, during the late 19th century, a food science manual gave a recipe that includes clarifying and coloring the liqueur. The 1980s saw the use of this liqueur in sweet desserts, and in the 1990s several chocolate liqueur brands sprang on the market. This “chocolate craze” led to a market boom and made this liqueur a must-have ingredient.

A 100g serving of this beverage contains: 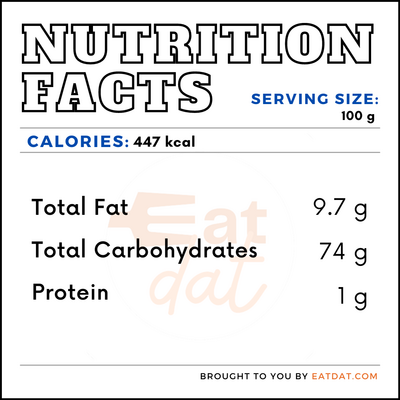 This drink offers some health benefits because of its chocolate content. The antioxidants it provides can improve blood flow and lower blood pressure. When consumed in moderation, it can also help prevent heart diseases and aid brain function. Nonetheless, this alcoholic beverage may have some side effects. Its high sugar content may lead to excess weight gain. Furthermore, overconsumption of alcohol may also increase the risk of kidney disease and diabetes, as well as heart and liver disease.

The commercial production of this beverage begins by mixing a combination of sugar and cocoa. First, the cocoa beans must be fermented, dried, roasted, and separated from their skins. The beans are ground into smaller pieces and stirred with sugar. Then, vanilla extract, vodka, and syrup may be added for different tastes or flavors. After that, the mix is placed on medium heat for a few minutes. The heat is turned down, and the mixture is allowed to cool. Finally, the chocolate liqueur may be filtered for further clarity before being bottled for sale.

To make this liqueur at home, find a medium pot and whisk together the sugar and cocoa. Next, stir together until well combined. Then, place the pot over medium heat, stirring continuously. Bring the mixture to a boil, and slow boil for 5 minutes while whisking often. Finally, remove from the heat and let cool completely before adding vodka. Homemade chocolate liqueur should be stored in an airtight container and consumed within 90 days.

This liqueur blends well with other drinks. Here are some popular recipes:

In the US, The Bureau of Alcohol, Tobacco and Firearms (TTB), regulates all types of alcohol unless they are artisan products. The TTB defines liqueurs as flavored spirits containing not less than 2 ½% by weight sugar, dextrose, levulose or a combination thereof made by mixing or redistilling any class or type of spirits with or over natural natural flavoring materials or extracts derived from infusions, percolation or maceration of such materials.

Our Irresistible New Chocolate Liqueurs – and What to Do With Them, www.hotelchocolat.com/uk/blog/christmas/our-irresistible-new-chocolate-liqueurs-and-what-to-do-with-them.html.