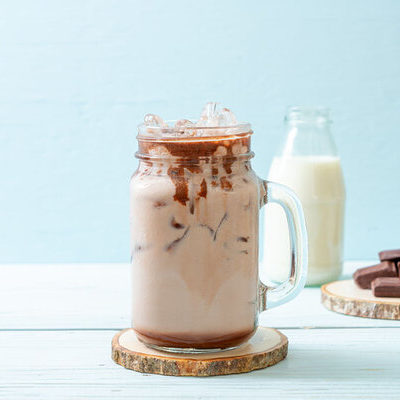 What is Egg Cream?

Egg cream is a cold beverage of American origin, made with milk, seltzer water, and chocolate syrup. Despite its name, it contains neither egg nor cream. It is traditionally served in a Coke glass and some believe that the chocolate syrup used must be Fox’s U-Bet Chocolate Syrup.

New York is the birthplace of this drink and the best place to enjoy one, in cafés such as:

This beverage originated in New York City in the United States. A commonly accepted story is that it was first invented by Louis Auster, a Jewish candy shop owner. He refused to sell rights to the drink to an ice cream chain that wanted to sell the beverage and later suffered anti-Semitic abuse from a company employee. Auster took the secret with him to his grave, but other New York soda fountains tried to make a substitute with Fox’s U-bet chocolate syrup, which became a huge hit.

Another legend attributes the invention of this drink to another Jewish man, Boris Thomashevsky. He asked a soda fountain to reproduce a drink he had tried in Paris, Chocolat et crème, and this was what he got. The name of the drink is also attributed to a corruption of the Yiddish term “echt”. The drink has been popular since its invention in the early 1900s until the 1960s and 1970s when it saw a decline in sales.  The American Soda Foundation created National Egg Cream Day to celebrate drinks that cannot be bottled, a tradition that continues to this day.

A single glass can contain around: 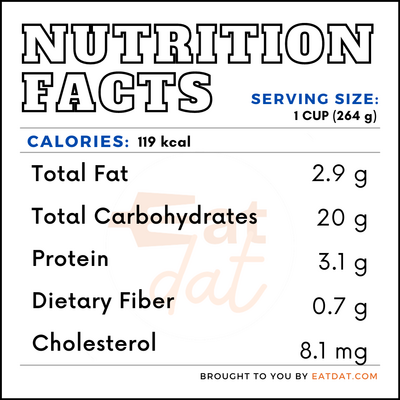 This has fats, proteins, and carbohydrates in good quantities. It has a number of micronutrients as well, including vitamin A, calcium, and potassium. The milk in it also contains phosphorus, magnesium, sodium, and sulfur.

Consuming milk on a regular basis can lead to better bone health and keeping blood pressure in check. In some individuals, milk can also reduce acidity levels in the stomach. Seltzer water often has additives such as added sugar, salt, and artificial flavors. However, the acid content in seltzer can cause tooth decay. Nonetheless, it may be consumed in moderation.

This beverage has historically almost always been made fresh and immediately consumed. This was due to the fact that the milk, chocolate, and soda tended to separate and go bad after a couple of days. This cold beverage is prepared in the ratio of ½ cup of milk to 1 cup of seltzer water. The milk is first poured into a glass, then the soda is added, and the concoction is stirred vigorously to mix. Finally, the chocolate syrup is gently poured in.

There are many variations of this classic American drink. Here are a few popular recipes and flavors:

The FDA defines milk as the lacteal secretion of healthy cows and to be up to standard, milk must be free of colostrum and pasteurized. Sparkling water falls under the bottled water category in the Code of Federal Regulations. The FDA defines sparkling bottled water as water that contains the same amount of carbon dioxide from the source that it had at the emergence after treatment and possible replacement of carbon dioxide. All cacao products are regulated by the FDA as well, especially for their fat content. Chocolate syrup is classified as a dessert topping.