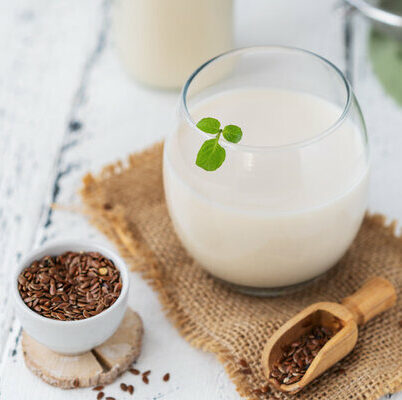 What is Flaxseed Milk?

Flaxseed milk is a popular non-dairy alternative to cow’s milk. It is made from the seeds of the flax plant, also known as flaxseed or linseed. It is used by people on plant-based diets and lactose intolerant people with good results. Flaxseed milk has a nutty taste with a creamy consistency. Some brands may add flavoring agents such as vanilla, honey, and sugar.

Some of the most popular flaxseed milk brands are:

Flaxseed is considered to be one of the first crops cultivated by humans. There is archaeological evidence from the Stone Age of humans producing flax for its fiber and seed. It may have originated in the Mediterranean region or India and Ancient Indians, Egyptians, and Chinese used flax extensively for multiple purposes. Also, it was used as a medicine in India and China. It only spread to the Americas through European colonists. Flaxseed milk is, however, still a rarity in most parts of the world and is mostly used by vegans.

One cup of flaxseed milk contains: 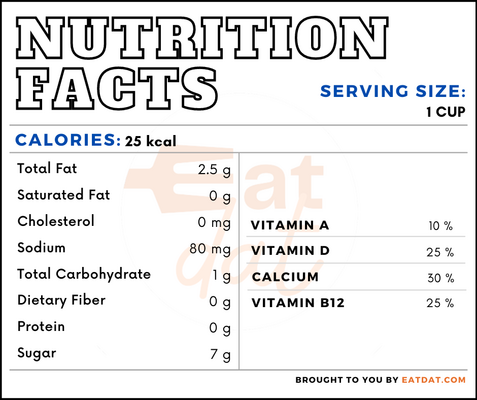 * Percent Daily Values are based on a 2000 calorie diet

Regular consumption of flaxseed milk may help in regulating blood pressure, reduces the risk of myocardial infractions and strokes, assists in keeping diabetes in check, and protects against certain types of cancers, especially breast cancer. Additionally, the omega-3 fatty acids in the seeds help in brain development and spatial memory as well as protect against menopause symptoms in women. Also, flaxseeds are beneficial for the health of the skin, increasing its hydration and smoothness. It protects against gastrointestinal diseases by giving protection to the gut and inducing healthy bacteria.

Flaxseed milk is prepared by blending flaxseeds with water until thoroughly blended together. Then, this mixture is strained to remove residues, and blended again. Finally, flavoring agents such as vanilla, sugar, and honey are added before bottling.

This non-dairy milk is often used as a substitute for cow’s milk. Here are a few recipes to try: