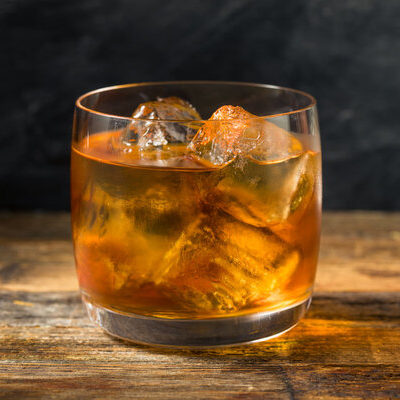 What is a French Connection?

The French Connection is a cocktail made by mixing cognac and almond liqueur (usually amaretto) in equal parts. It is a simple recipe with just two ingredients and hence, heavily relies on good quality spirits. This cocktail has a sweet taste and works well as a digestive or a post-dinner drink.

Some popular cognac-based cocktails are:

The origin of this cocktail remains unknown but it appeared sometime in the 1970s in the US. The name of the drink comes from a crime thriller film of the same name starring Gene Hackman. While the cocktail was more popular in the 20th century, in recent years it has begun to regain popularity. Some attribute this to the fact that it is a slow-sipping cocktail, ideal for an after-dinner drink or as a nightcap. When it comes to the health benefits of this drink, there are a few to mention. Cognac has the capacity to increase plasma antioxidant capacity. Furthermore, low concentrations of cognac may be used to increase cardiac activity.

Amaretto has no nutritional value and has 16 to 35 percent ABV. However, the herbs, spices, and other flavoring ingredients of the drink may have health benefits, depending on the recipe. Indeed, it has been used as a medical tincture and as a digestive for centuries. Some popular ingredients in amaretto are gentian, rhubarb, wormwood, cinchona, angelica, myrrh, green cardamom, cinnamon, star anise, sarsaparilla, mint, bitter orange, orris, and yaupon holly. These may provide a host of positive health benefits.

Like any other alcoholic drink, overconsumption of French Connection can result in a change in the brain’s functioning patterns, liver cirrhosis, pancreatitis, heart problems, strokes, different types of cancers, as well as affect overall immunity.

This cocktail has variations that cater to different tastes. Here are a few recipes to try:

All alcohol related products are regulated by the Alcohol and Tobacco Tax and Trade Bureau (TTB) in the US. Amaro may not be marketed as a digestive in the US, as it is prohibited under the TTB laws. Also, the organization classifies cognac as a type of brandy made from grapes and distilled in the Cognac region of France in compliance with the laws and regulations of the French Government.

Emily Saladino, How to Drink Cognac, According to a French Bartender, https://vinepair.com/articles/how-drink-cognac-according-french-bartender/