Cognac is a type of brandy produced in the Cognac region of France. It is a twice distilled liquor usually made with the Ugni blanc or Saint Émilion, folle blanche, or colombard grapes. It has a taste similar to that of brandy, enhanced by sweet, spicy, fruity, and bitter flavors.

Some of the best brands are:

The invention of this liquor goes back to the 1600s. At the time, wine was exported to Holland from the Cognac region in France. However, it was considered unsatisfactory. Following that, the Dutch began to distill the wine, and the French followed suit, developing the Charentaise method.

The nutritional profile for this liquor is: 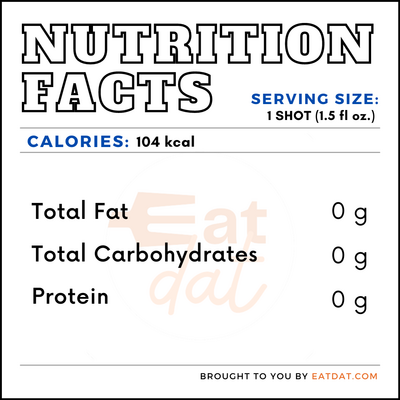 Cognac can increase plasma antioxidant capacity. Additionally, low concentrations of this liquor may be used to increase cardiac activity. However, like any other alcoholic drink, overconsumption of alcohol can result in a change in the brain’s functioning patterns, liver cirrhosis, pancreatitis, heart problems, strokes, different types of cancers, as well as affect overall immunity.

Cognac is produced with certain varieties of grapes specified by law. First, the grapes are harvested and then fermented for about a week. Then, they are distilled twice in copper pot stills, producing a colorless alcohol. After that, the alcohol is aged in oak barrels for at least two years, though many brands age it for much longer. The aged liquor may then be blended with older cognacs to create the final alcohol. This liquor has an ABV of around 40 percent.

Since the decrees of 1936 and 1938, this liquor has been protected as a French product under the Appellation d’Origine Contrôlée (AOC). Also, these decrees chartered out the Cognac-growing areas and the grape varieties that may be used. The growing areas for these grapes are Grande Champagne, Petite Champagne, Borderies, Fins Bois, Bons Bois, and Bois à Terroirs.

This liqour may be consumed in different ways. It pairs well with meals and is a good substitute for wine. Additionally, the drink may be enjoyed neat, on the rocks, or in cocktails. There are several classic cocktails that use it as the base, such as the French 75. Also, it may be used in cooking and baking. Here are a few recipes:

The TTB classifies this liquor as a type of brandy made from grapes and distilled in the Cognac region of France in compliance with the laws and regulations of the French Government.

Emily Saladino, How to Drink Cognac, According to a French Bartender, https://vinepair.com/articles/how-drink-cognac-according-french-bartender/