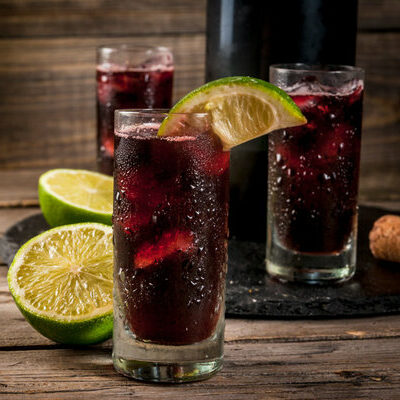 Kalimotxo is a cocktail of Spanish origin in which red wine and Coca Cola are mixed in equal parts. It was originally called Rioja Libre or Cuba Libre del Pobre but was colloquially renamed by the locals of the Basque region.

For this reason, the red wines used are often of the cheap variety. The taste of the cola is predominant with hints of the red wine coming through occasionally.

Other popular cola-based cocktails are:

This drinkoriginated in Spain in the 1920s. It was originally created so that the cola would mask the taste of bad wine and hosts could pass off cheap wine. The name of the cocktail came from a festival in the 1970s in a town called Getxo in the Basque Country of Spain. The event organizers discovered their wine was bad but they wanted to salvage the thousands of liters of the liquid and decided to add some cola to it. One organizer, known as Kalimero, may have coined the term as it combined “kali” and “motxo”, which means ugly in Basque. 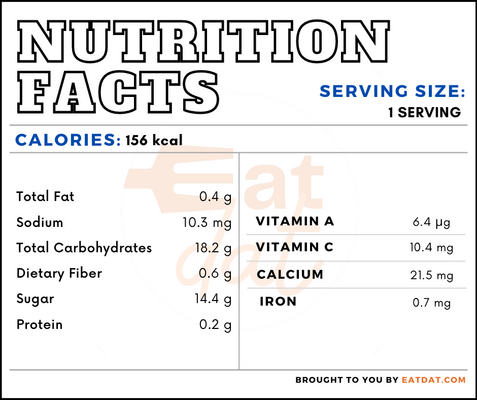 Kalimotxo is rich in micronutrients such as sodium, vitamin A, vitamin C, calcium, magnesium, folate, and potassium. Red wine contains antioxidants, polyphenols, and flavonoids, which are beneficial against aging, inflammation, and some cancers. It is especially beneficial in preventing cardiovascular diseases if consumed in moderation, due to its extremely high composition of resveratrol.

However, soft drink consumption may lead to obesity and increased risk of diabetes and cardiovascular diseases as well as metabolic syndrome. Overconsumption of alcohol might lead to health problems and may result in a change in the brain’s functioning patterns, liver cirrhosis, pancreatitis, heart problems, strokes, different types of cancers, as well as affect overall immunity.

The only ingredients required to prepare Kalimotxo are cheap red wine and cola. First, the two are mixed in equal parts with some lemon slices and mint for flavor. Then, they are chilled before being served. It is best not to use an expensive wine when preparing this cocktail. The best option is to use a Spanish red wine, such as Rioja Tempranillo, Priorat, Garnacha, or Malbec.

This cocktail is an easy recipe and there can be several variations to it. Here are a few recipes to try:

Alcohol is regulated by the  TTB (Alcohol and Tobacco Tax and Trade Bureau) unless they are artisanal products, in which case they are regulated by the FDA. There are strict regulations regarding the governing of any type of wine. Red wine is defined as wine produced by the normal alcoholic fermentation of the juice of grapes and is identified by color. The Food & Drug Administration regulates soda to ensure that they are safe to consume and accurately labeled. Companies producing soft drinks must only use additives approved by the FDA and indicate any contact substances.

Drink Like the Spanish Do: The Kalimotxo, Glass Half Full, Bright Cellars, https://www.brightcellars.com/blog/kalimotxo/