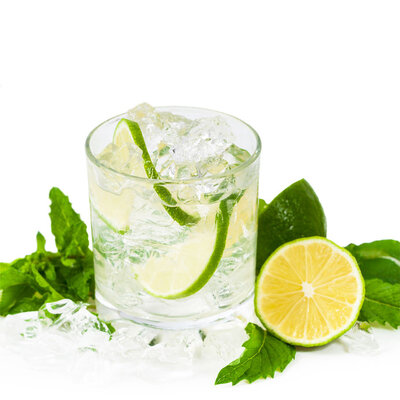 What is Moscow Mule?

The Moscow Mule is a cocktail made with a base of vodka. Other important ingredients in the cocktail are ginger beer, lime juice, and lime garnish.

Moscow Mules are typically served in a copper mug in order to keep them refreshing and cold, since copper is a good conductor. Variations of the cocktail are prepared by substituting whiskey (Kentucky Mule), gin (Gin-Gin Mule), tequila (Mexican Mule), or rum (Cuban Mule).

The top 10 most popular canned Moscow Mule brands are:

The Moscow Mule is believed to be an American creation. According to one story, it was created in 1941 by Jack Morgan, the owner of a pub called Cock ‘n’ Bull in Los Angeles, along with John Martin, who owned Smirnoff Vodka. Morgan’s girlfriend owned a copper-making company and hence he served the cocktail in copper mugs.

Another story credits the invention to a bartender at the same pub, Wes Price. Still it is said that Morgan and Martin invented the cocktail in order to sell their respective products, which were otherwise not selling. Martin popularized the drink by campaigning among celebrities and taking photos of them drinking Moscow Mules. The name was credited to the fact that vodka was seen as a Russian drink during this period. 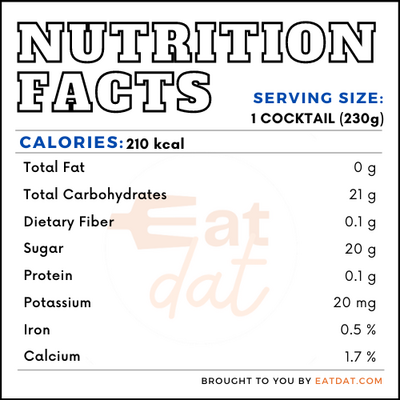 *Percentages are based on a diet of 2000 calories a day

Ginger beer, an integral ingredient of the cocktail, contains healthy anti-inflammatory and immune-nutrition properties which can help in reducing fatigue, inflammation, cardiovascular diseases, diabetes, cancer, and digestive problems. However, ginger beer also contains large amounts of sugar, which may have detrimental effects when consumed in excess. Lime juice has a high concentration of vitamin C, which keeps the immune system healthy. Other nutrients that limes contain include iron, calcium, vitamin B6, thiamine, and potassium. Also, lime juice provides antibacterial, antioxidant, and phytochemical properties.

However, drinking vodka on a regular basis can lead to some health issues. Overconsumption can lead to several health problems, including affecting the brain’s functioning patterns and general lowering of immunity. Liver cirrhosis, pancreatitis, high blood pressure, stroke, and different types of cancers are also resultant from drinking vodka in excess.

Moscow Mules are usually prepared fresh in restaurants, pubs, and bars, although canned ready-to-drink versions are also available on the market. To prepare a Moscow Mule, the only ingredients required are vodka, fresh lime juice, and ginger beer. The ginger beer must be carefully selected because it is the dominant flavor in the cocktail. The cocktail is traditionally served in a copper mug, but may also be served in a cocktail glass. First, the copper mug is filled with ice on which 2 ounces of vodka and ½ ounce lime juice is poured. Then, 4 ounces of ginger beer are added and the beverage is gently mixed. Finally, the drink is garnished with a lime wedge and served.

This cocktail can be prepared at home or bought commercially. There are multiple variations of the cocktail, using bases other than vodka. Here are a few popular recipes:

All alcohol products, except artisanal products, fall under the purview of the TTB (Alcohol and Tobacco Tax and Trade Bureau) in the US. Vodka is defined as a neutral spirit distilled with charcoal and without any distinctive character, aroma, taste, or color. The TTB strictly regulates the production and import of this alcohol, which must have 95 percent ABV and be bottled at no less than 40 percent ABV. The FDA has strict regulations regarding the content of soft drinks to ensure that they are safe, sanitary, and properly labeled. There are no grade standards for ginger root specified by either FDA or USDA, although Hawaiian grade standards are taken as a guide.

Furthermore, the FDA regulates all fruit juices and citrus juices, including lime juice. It is specified that lime juice must have at least 24.5 percent concentration. In addition, lime juice is also often used as a flavoring or acidifier, which comes under FDA regulations.

Gary Regan, Behind the Drink: The Moscow Mule, Liquor.com, https://www.liquor.com/articles/behind-the-drink-the-moscow-mule/