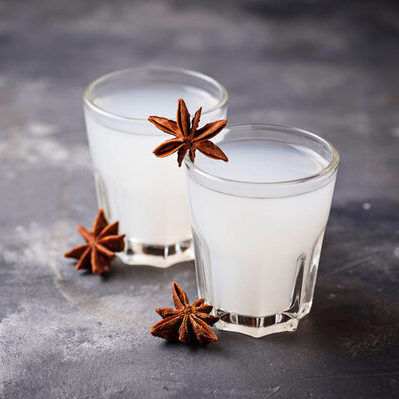 The national drink of Greece, ouzo is an aperitif that is made from rectified spirits and flavored with anise seeds. This beverage may contain other spices such as cardamom, cinnamon, clove, coriander, fennel, mint, and mastic. It has a silky texture and a distinct licorice-like flavor.

The top 10 most popular brands of this alcoholic beverage are:

This alcohol is a recent addition to Greece’s repertoire of alcoholic drinks and is derived from tsipouro, an unaged Greek brandy made from grape remnants after wine is produced. One version of tsipouro also happens to be anise-flavored. Tsipouro was first produced by Greek Orthodox monks in the 14th century. It was first produced in 1856 by Nicholas Katsaros, who opened the first distillery to make this alcoholic drink in Tyrnavos, Greece. In 2006, the Greek government ruled that this beverage may only be made in Greece and received a Protected Designation of Origin certification from the European Union for it. 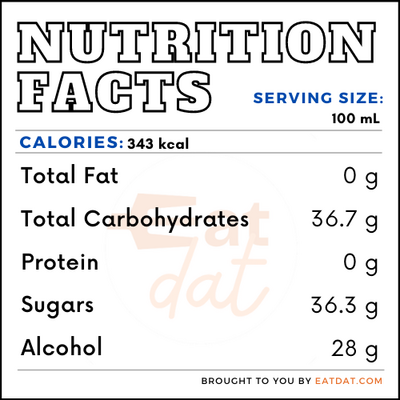 Overconsumption of the licorice present in this alcoholic drink may lead to a condition called apparent mineralocorticoid excess syndrome. However, it does have a number of health benefits as well, including improving bone metabolism, curing hepatitis B and gastric ulcers, as well as preventing cancer. Nonetheless, this beverage has a very high alcohol content and should be consumed in moderation. Overconsumption of alcoholic beverages can result in a change in the brain’s functioning patterns, liver cirrhosis, pancreatitis, heart problems, strokes, different types of cancers, as well as affect overall immunity.

Ouzo is produced from rectified spirits having at least 96% ABV. Then, water and spices such as aniseed, fennel seeds, peppermint, cardamom, cloves, star anise, and cinnamon are added. The spices added may vary by producer. The mixture is then heated and distilled with a possible second distillation taking place later, depending on the commercial producer. At this stage, some producers also add sugar to the drink. The alcohol is then homogenized and stored for aging. Finally, it undergoes clarification and filtration before bottling.

This alcoholic drink is quite popular and has around 300 producers throughout Greece, with about 50% of production coming from Lesvos. Other regions producing this beverage are Thessaly, Chios, Macedonia, Achaia, and Epirus. The country exported 30.07 million bottles of this alcoholic drink in 2016.

For best results, this drink should be stored in a cool, dark, and dry place away from heat and sunlight. An opened bottle must always be kept tightly closed when not in use. This beverage has a long and indeterminate shelf life but tends to gradually lose its flavor after opening.

This is best consumed chilled with a tiny amount of cold water or a couple of ice cubes. The Greeks recommend consuming it with food and have a number of aperitifs suited to the drink. These include dishes such as tzatziki, skordalia, dolmades, courgette balls, fried calamari, melitzanosalata, octopus, fava, saganaki cheese, and taramosalata. Furthermore, Greeks often add this beverage to different dishes while cooking to incorporate its unique flavor.

Here are a few popular recipes:

The United States may not produce this beverage, since it is protected by European law and can legally only be made in Greece or Cyprus. According to Greek law, the drink must be produced by distilling 96 percent ABV of grapes and aniseed or fennel seeds. The distillation must represent at least 20 percent of the alcoholic strength. However, import guidelines to the US are provided by TTB under which this is classified as a ‘bitter’ and defined as an anise-flavored distilled spirits product.