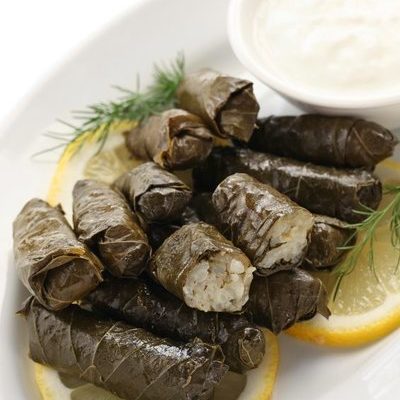 A traditionally Greek dish, dolmades refers to a number of different stuffed appetizer dishes. The stuffing may include rice, tomatoes, onions, peppers, zucchini, brinjals, cheese, and other ingredients.

Though this is mostly a vegetarian dish, some versions use seafood as stuffing, and ground meat is also occasionally used.

Some popular variations of dolmades across the world include:

It is unclear when dolmades actually originated. Although there is evidence that Ancient Greeks ate fig leaves stuffed with cheese, which was perhaps the precursor to dolmades. Similar dishes were popular throughout the Middle East, Turkey, and the Balkans. However, Greeks believe that the dish has a basis in their history and, therefore, most likely originated in Greece.

This dish uses grape leaves, which have plenty of fiber, as well as vitamins A & K, calcium, and iron. Five pieces of dolmades can contain: 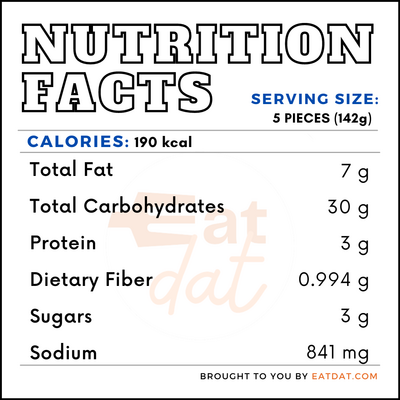 Regular consumption of grape leaves can improve digestion, better cell development, and eyesight, and encourage bone and muscle development. Rice is often used as a filling in this traditional dish. Brown rice contains plenty of fiber and micronutrients like manganese, which are helpful in protecting cells from free radicals. The health effects of different dolmades recipes vary according to the different ingredients used.

Dolmades is usually prepared fresh in restaurants and served as an appetizer. Vine leaves, rice, olive oil, onions, lemons, herbs, and seasonings are usually used in its preparation. The vine leaves are first prepared by cleaning and blanching in hot water. The onions are chopped and sauteed in a pan, and then rice is added.

Next, the seasonings are added and the mixture is cooked. The herbs are added once the mixture has cooled. The rice filling is then stuffed into the vine leaf and rolled. Olive oil and lime juice are drizzled on top and the stuffed vine leaves are steamed. These are then cooled and ready to be served.

This dish is extremely versatile and can be made using different fillings. Grape leaves are almost always used for this dish. Occasionally, fig, swiss chard, and cabbage can be used as wrapping, too. Here are a few popular recipes.

There are no specific regulations that mention dolmades. Although grape leaves may come under the purview of the FDA, as all fresh fruits and vegetables are considered raw agricultural commodities. They are classified as vegetables under the FDA, which defines them as the harvestable or harvested part of any plant or fungus whose fruit, fleshy fruiting bodies, seeds, roots, tubers, bulbs, stems, leaves, or flower parts are used as food.