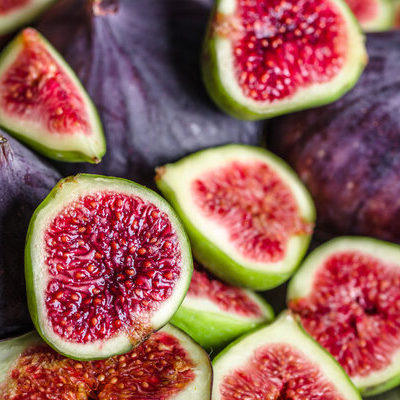 Figs are the fruit of the fig tree (Ficus carica). This fruit has a mild and sweet taste, as well as a small and bell-shaped body with a lot of minute edible seeds that give it a unique texture. When ripe, this fruit has a purple or reddish-brown color.

The main varieties of this fruit include:

Figs were often used to sweeten food before sugar became commonly available. This fruit was used in ancient India in Ayurvedic medicine for a variety of ailments. It is believed that Buddha sat under a fig tree when he received enlightenment. This sweet fruit is also mentioned in the Bible and some biblical scholars think that the forbidden fruit of Eden refers to figs, not apples.

Figs have also been used in traditional Chinese medicine, which classifies them as a balanced yin and yang food item. This fruit was a key component of the Mediterranean diet and the Anatolian king, Mithridates, proclaimed them a health tonic. This fruit tree has been cultivated for more than 5,000 years and there is archaeological evidence that wild figs have been growing on earth for 60 million years.

One medium-sized fig can contain: 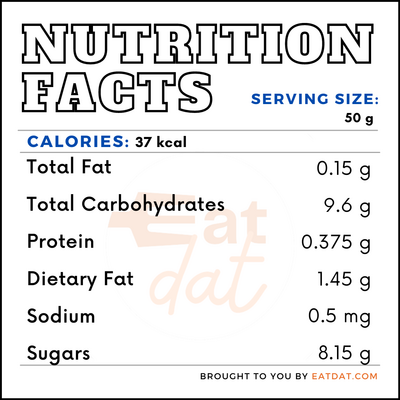 Figs are nutrient-dense and energy-rich food. This fruit is also high in antioxidants, and research suggests that consumption of it can delay the onset of Alzheimer’s disease. Research also shows that figs have antibacterial, anti-fungal, antispasmodic, antiplatelet, antipyretic, anti-HSV, hemostatic, hypoglycemic, anticancer, and antituberculosis properties. Regular consumption of this fruit can help prevent a number of diseases. However, figs are a relatively common allergen and diabetic people must avoid ingesting too much of this fruit.

This fruit requires warm climates to grow. They grow best in places with both hot and dry summers and cool and wet winters. Fig trees can handle poor soil and drought conditions, but they thrive best in a well-drained loamy soil.

This healthy fruit can sweeten any dish without the addition of sugar. Here are a few recipes:

The FDA classifies this fruit under the rarely consumed raw category and strictly regulates all aspects of its growing, harvesting, packing, and storage. Canned figs are also regulated by the FDA and are described as food prepared from mature fruit of the light or dark varieties, to which lemon juice can be added. Fig juice must have at least an 18.2 percent concentration of juice.