Raki is a Turkish alcoholic drink made from twice distilled grapes and anise. It is also known as Lion’s Milk because of its milky white appearance.

This alcohol is the national drink of Turkey and was state-produced for several decades until 2004. However, recently, the conservative Islamic government has declared that ayran is the new national drink.

The top 5 most popular brands available are:

Originally, this beverage was served in the taverns of the Ottoman empire, along with mezze, due to religious restrictions. Some say its name originated from the word Iraq, while others claim that raki’s name comes from the razaki grapes that are used to make it. Nonetheless, the beverage rose to prominence in the 19th century, when more liberal attitudes towards alcohol prevailed. After the collapse of the Ottoman empire and the formation of the modern state of the Republic of Turkey, a state-owned company called Tekel began to produce the drink. It was only from 2004 onwards that this was allowed to be produced by private companies.

A serving contains around: 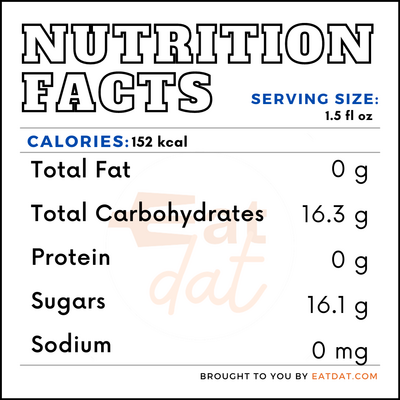 The alcohol has no nutritional value and has about 45 percent ABV. Overconsumption can lead to several health problems, including affecting the brain’s functioning patterns and general lowering of immunity. Regular consumption of alcohol can increase the risk of heart disease, liver cirrhosis, pancreatitis, high blood pressure, stroke, diabetes, cancer, as well as obesity, depression, and aging.

To prepare this drink, fresh or dried grapes are cleaned and processed into unfermented grape juice. The juice is then pasteurized and later fermented. Then, this fermented liquid is distilled, resulting in a liquid called suma. The suma is again distilled with the addition of anise seeds. After that, this highly concentrated liquid is diluted with natural spring water to produce the final drink.

This alcohol is served with water in the ratio of 1 to 3. Ice must be added after the water to prevent solid platelets from forming. However, this beverage can also be used to add flavor to dishes. Here are some popular recipes:

All alcohol related products are regulated by the Alcohol and Tobacco Tax and Trade Bureau (TTB) in the US. Raki, also known as arrack or arak, is classified under liqueur/cordial. The beverage is defined as an anise flavored liqueur or cordial.