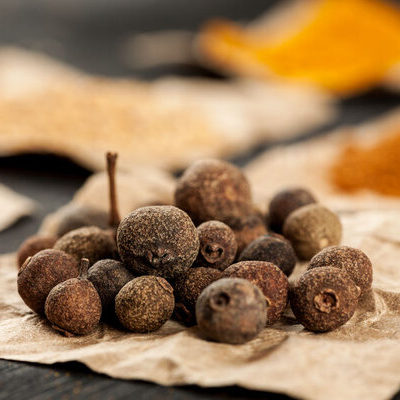 Allspice is a spice made from the dried and unripe berry of the Pimenta dioica.

Also, in some countries, it is used in desserts to provide a unique taste. The word itself comes from the English, who valued this spice as combining the tastes of cinnamon, nutmeg, and clove, which were expensive at the time.

The most popular spice brands in the US are:

Allspice is native to Jamaica, Guatemala, and Honduras. It was used in Maya cuisine and was especially important in flavoring chocolate drinks. Also, the Maya used it as an embalming agent. Christopher Columbus was the first European to bring the spice back to Europe during his second voyage. It is known as ‘pimienta’ in Spain because he incorrectly assumed that it was pepper. The British colonists later called it allspice. This spice would become an alternative to those from Asia. Today, it is cultivated in different areas of the world that have a warm climate.

1 tablespoon (6 grams) of allspice has around 15.8 calories. Here are the nutritional values for allspice: 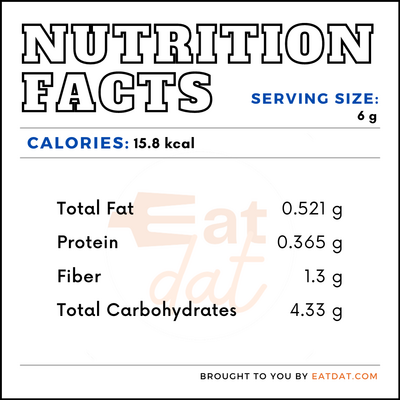 Additionally, allspice is an effective cure for menstruation cramps and is used in menopause treatments. It is used extensively in traditional medicines throughout the world for different purposes, including treatment for colds, indigestion, toothaches, and menstrual cramps. It is also useful in controlling and managing prostate and breast cancer.

The Pimenta dioica tree requires warm weather and a free-draining coarse soil and prefers limestone areas. It must be carefully cultivated in designated areas due to its propensity to become an invasive species and kill the native plant species. Allspice berries are harvested when still unripe and dried naturally until they turn a deep reddish brown. Then, they are stored in hessian bags to keep their flavor and aroma intact. After that, they are ground into powder and packaged for use.

This spice is a crucial component of Jamaican cuisine and is also important in Central American and Levantine cuisines. Plus, it is a popular spice used in desserts and spirits. Here are a few recipes:

Allspice is classified as a spice and falls under the substances generally recognized as safe category. Spice is defined as any aromatic vegetable substance in whole, broken, or ground form, whose function in food is seasoning rather than nutritional.