What is Baking Soda?

Baking soda (NaHCO3) is a type of salt used in baking for leavening dough. It is an alkaline compound that is naturally found in crystalline form, but is used in powdered form for cooking. This substance is often used to help the batter for cakes, muffins, pastries, and breads to rise.

Some of the most popular brands are:

For most of human history, the main leavening agent used was yeast. Potassium carbonate began to be used somewhere in the late 1700s, but the process was laborious. Baking soda was first invented by Nicolas Leblanc in the 1790s. The invention of the Solvay process in the 1860s ensured mass production of sodium bicarbonate. Baking powder, derived from this product, was invented in 1846 by Alfred Bird, a British chemist. His wife was allergic to yeast, and Bird tried to help her by inventing an alternative which would offer similar results. He combined sodium bicarbonate and cream of tartar. It quickly became popular because of its ease of use. 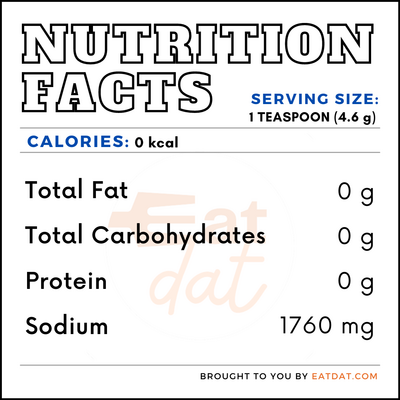 Baking soda is often used as a cure for gastric problems. In addition, the alkalinity of sodium bicarbonate may help in preventing cancer cells from spreading. However, regular use may lead to metabolic alkalosis, hypokalemia, hypochloremia, hypocalcemia, and hypernatremia, all caused by irregular amounts of alkalinity in the body.

These diseases may severely imbalance the body’s chemicals and lead to mood swings, seizures, and other health issues. Additionally, it may affect the respiratory system, cause heart problems, and induce neurological effects. Furthermore, it may disproportionately affect pregnant women who may experience preeclampsia, and patients using diuretics in order to prevent hypokalemia. Also, it is advised that alcoholics refrain from excessive intake of sodium bicarbonate.

Sodium bicarbonate is a white crystalline powder made by combining an acid (carbonic) with a base (sodium hydroxide). Commercially made baking soda comes from soda ash obtained through the Solvay process or through trona mining. First, the soda ash is centrifugally separated into the liquid and the crystals. Then, the latter is dissolved in a bicarbonate solution, which is later filtered. After that, carbon dioxide is introduced to the solution and sodium bicarbonate crystals form. Finally, the crystals undergo filtration and washing to produce this.

This is mostly used to leaven bread and cakes. Also, it can help caramelization and prevent lumping in certain dishes, or even provide a specific color. Here are a few recipes to try:

Baking soda falls under the FDA’s category of food that is generally recognized as safe. It is defined as being the substance obtained by treating a sodium carbonate or a sodium carbonate and sodium bicarbonate solution with carbon dioxide. It must meet the specifications of the Food Chemicals Codex.