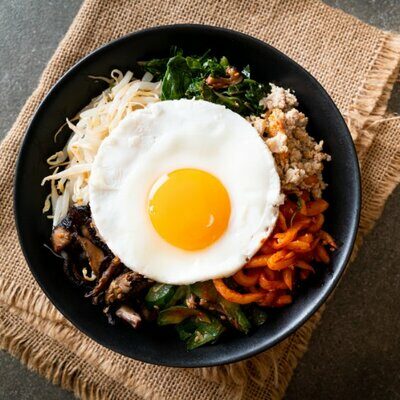 Bibimbap is a Korean dish made with a base of rice. White steamed rice, topped with sautéed vegetables known as namul, slices of meat (usually beef), and fried or raw egg all make up the dish. Korean ingredients such as kimchi, gochujang, soy sauce, or doenjang are added for seasoning and flavor. These ingredients are mixed together just before consumption.

The top 10 most popular Korean dishes include:

This dish probably originated in 10th-century Korea during the Koryo dynasty period. The first written reference to this dish was in 16th-century Chinese literature. One school of thought attributes this dish to farmer wives, who did not have sufficient time to cook a large meal, and hence invented this dish. However, there is some evidence that it was also served to important government officials at the royal court. Today, it is an integral part of Korean cuisine and is considered comfort food for many people. 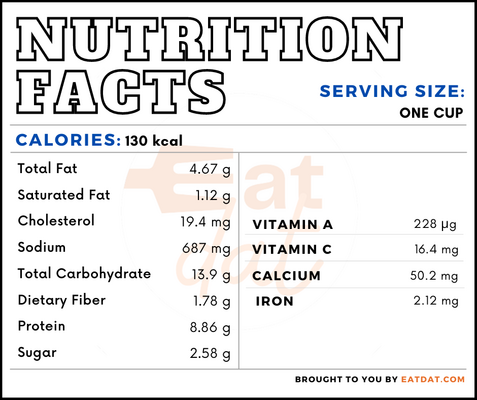 Regular consumption of rice may aid sleep and improve brain health. Brown rice is rich in phytochemicals, phytic acid, antioxidants, and B-vitamins. Most of the nutrients are contained in the bran and germ layers. Furthermore, it may help to reduce the risk of diabetes, atherosclerosis, cardiovascular diseases, pancreatitis, and certain types of cancers. Also, it helps lower cholesterol and blood pressure. Glutinous rice also provides several benefits. However, white rice may lead to an array of health problems including an increased risk of diabetes.

High beef consumption can lead to diseases such as colon cancer, inflammatory diseases such as atherosclerosis, diabetes, rheumatoid arthritis, macular degeneration, as well as infertility. However, if consumed in moderation, beef is a nutrient-dense food that increases the bioavailability of certain micronutrients. Soy is a complete source of dietary protein and contains all essential amino acids. Additionally, it contains isoflavones, which may help in reducing the risk of cardiovascular disease, cancer, and osteoporosis, as well as treatment of menopausal symptoms.

Bibimbap is often prepared at home but it is also a dish served in most Korean restaurants as a staple.

The ingredients are usually prepared separately and then mixed together. First, the rice is cooked and set aside to dry. Next, the beef is cut into thin strips and marinated in a mixture of soy sauce, sugar, sesame oil, rice wine, scallion, garlic, sesame seeds, and pepper for 20 minutes. Then, it is  sautéed until cooked, and added. The vegetables are also sautéed and added to the bowl. Finally, the eggs are fried and placed on top of the bowl.

Gochujang is often used to season this dish, but other Korean sauces such as ssamjang, yangnyeom ganjang, and doenjang may also be used.

Though the core structure of this dish remains the same, the seasonings and ingredients vary slightly in different regions. Here are a few recipes to try:

The FDA defines white rice, also known as enriched rice, as milled rice to which nutrients have been added.

The USDA regulates all meat products, including beef, which is defined as meat from full-grown cattle about 2 years old. The main cattle breeds used for producing beef are Angus, Hereford, Charolais, and Brahman. In the US, hormones are allowed to promote the growth of the cattle. Grading of beef is voluntary and is graded as Prime, Choice, and Select.