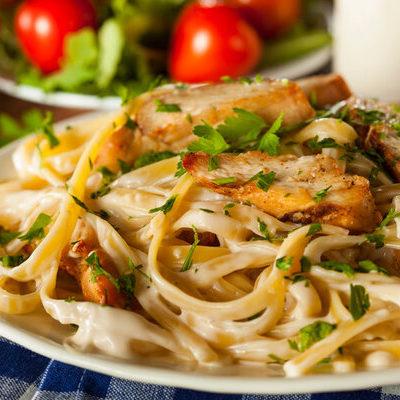 Fettuccine is a type of pasta that is shaped into long ribbons. The name itself refers to ‘little ribbons’ in Italian. It is wider than tagliatelle and narrower than pappardelle but these all have a similar ribbon-like shape. As a thick pasta, it is often paired with thick and creamy sauces. A green variety of this pasta made using spinach is also very popular.

The top 5 most popular pasta brands worldwide are:

Pasta is an Italian dish but most likely originates from Chinese noodles. There is archaeological evidence to suggest that the Chinese were making noodles as far back as 4,000 years ago. Though there is a school of thought that attributes pasta to Marco Polo bringing it back from his Chinese travels, this theory has been debunked. A contradictory idea holds that pasta already existed in ancient Rome and was known as ‘lagane’.

Pasta-making implements from the 4th century BC were unearthed in Rome. Fettuccine, in particular, may have originated from the Roman and Greek ‘laganon’, which was used for several famous and popular dishes. Another contention is that Arabs brought it with them when they invaded Sicily in the 12th century. This type of pasta is a traditional staple in Rome and Tuscany.

The nutritional profile for fettuccine is: 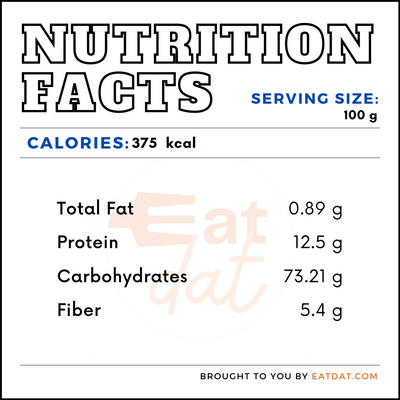 In addition, fettuccine also contains essential micronutrients such as calcium, potassium, sodium, and vitamin C. The main ingredient in pasta is wheat, which must be avoided by those with a gluten allergy. Pasta is made from durum flour, which has a lower glycemic index than regular flour. Not to mention, cold pasta is a good source of resistant starch. This makes it a dish that can help control obesity, diabetes, and heart problems. Research shows that regular pasta consumers follow dietary patterns that give them a higher amount of fiber and show an increased HEI (Healthy Eating Index).

Though pasta is extremely popular worldwide, its consumption is highest in Italy, where the per capita consumption of pasta in 2013 was 25.3 kg. Other countries with high pasta consumption are Tunisia, Venezuela, Greece, Switzerland, the United States, Iran, Chile, and Argentina. The largest pasta producers are Italy, the United States, and Brazil. Although the pasta market continues to grow, producers believe that the future of pasta growth is in developing countries.

Fettuccine is made from eggs, flour, and water. These ingredients are mixed and worked into a dough, which is then rolled out and cut into strips. After that, it is dried and its moisture content reduced to at least 12 percent. Finally, the pasta is packaged and ready to be sold.

Fresh pasta must be stored in the fridge and consumed within five days. However, dried varieties have a shelf life of more than a year.

This pasta is ideal for thick and creamy sauces. Here are a few recipes to try:

The FDA classifies pasta under macaroni products, which is defined as food prepared by drying units of dough made from semolina, durum flour, farina, flour, or a combination of these with water and other optional ingredients. These products are strictly regulated in the US for their seasonings, salt, gluten content, and disodium phosphate. In addition, the finished product must be at least 87% solid. The labeling of these products must clearly include these specifications. The USDA specifies the different types of pasta products and its specifications. Fettuccine is classified as Type IX.

Yasmin Noone, Who invented the noodle, Italy or China?, SBS, https://www.sbs.com.au/food/article/2016/07/29/who-invented-noodle-italy-or-china