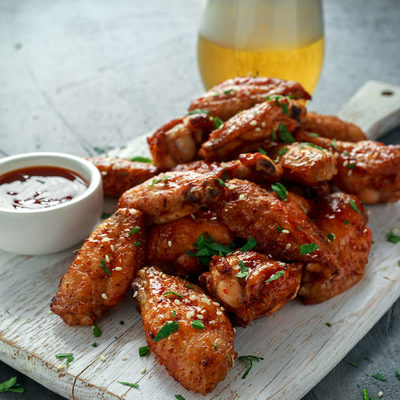 What are Hot Wings?

Hot wings, also known as chicken wings, are an American delicacy. The dish also goes by the name of buffalo wings, because it originated in Buffalo in New York. It consists of a chicken wing that is deep-fried and then dipped in a hot sauce and melted butter.

The top five places to eat hot wings in the US are:

The average American eats 290 hot wings per year. The town of Buffalo celebrates National Chicken Wing Day every year on July 29 since 1977.

Hot wings are a staple in American cuisine and is popular at Super Bowl parties. The dish was first concocted by Teressa Bellissimo, owner of theAnchor Bar located in Buffalo, New York. There are varying versions of the exact story. According to Teressa’s husband, Frank, the dish was invented to make use of a large shipment of wings that had arrived instead of other ingredients. According to Teressa’s son, Dominic, it was a midnight snack his mother invented on the spur of the moment.

In restaurants, chicken wings are often bought frozen and pre-cooked and kept for up to three days. These wings are cooked in oil for about 10 to 12 minutes at 350⁰ F. Hot wing sauce is also available in the market, though many restaurants also have their own recipes. The most popular hot wing sauces are:

Chicken wings are high in proteins, which is essential for muscle building. It is also rich in B vitamins, vitamin A, vitamin E, vitamin D, and other essential vitamins. In addition, chicken wings also contain minerals such as phosphorus, potassium, potassium, iron, magnesium, calcium, zinc, selenium, iodine, copper, sulfur, chromium, fluorine, etc. All these nutrients are useful in the formation of new cells, increasing immunity and blood hemoglobin, preventing cancer, increasing the growth of cartilage and connective tissue, and regulating blood glucose.

The chilies used in the sauce contain capsaicin, which has health benefits such as boosting the metabolism, lowering LDL levels, and increasing healthy gut bacteria.

However, these are deep-fried, which reduces the nutritional value of foods and has a negative effect on the heart. 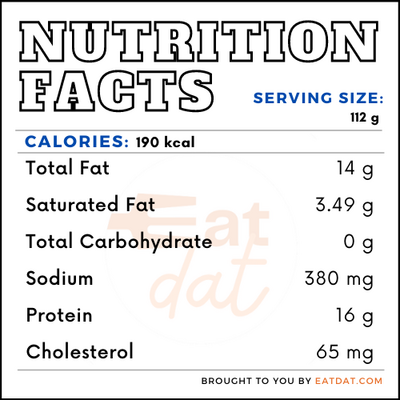 Chicken falls under the broader term of poultry, according the USDA. Poultry products do not fall under the purview of the FDA in the US. Instead, it is regulated by the U.S. Department of Agriculture (USDA). All aspects of storage of live poultry, slaughter, and post-slaughter carcass inspection are strictly regulated for sanitation standards and recommended procedures. The USDA also grades chicken based on meatiness, appearance and freedom from defects. The FDA, however, regulates any additives that might be used in poultry products.