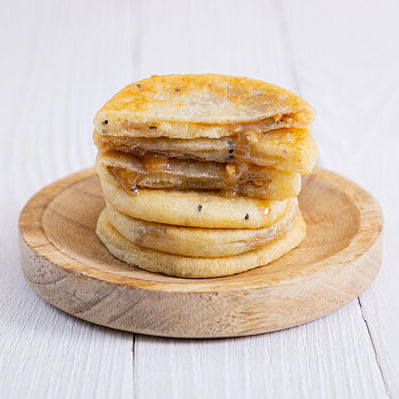 Hotteok is a Korean dish that is a common sight on the streets of Korean cities. It is a type of pancake with a sweet and gooey filling inside traditionally made of brown sugar, cinnamon, and nuts, and a crispy exterior. In recent years, this dish has been adapted to a variety of different fillings and may even be savory. It is a street food that is especially popular in winter time.

Some of the most popular Korean street foods are:

This pancake was spread to Korea by Chinese merchants and immigrants who entered the country during several periods of upheaval in China. The delicacy was first limited to Incheon but is now a treat found throughout Korea. The original versions contained meat and seafood but the dish was later adapted to Korean tastes, developing the now traditional brown sugar, cinnamon, and nut filling. Also, earlier versions were prepared by roasting it in a fire pit. It was only in the 1970s, with the advent of cooking oil that the pan-fried version became popular.

A single serving of this dish has 197 calories. The nutritional profile for hotteok is: 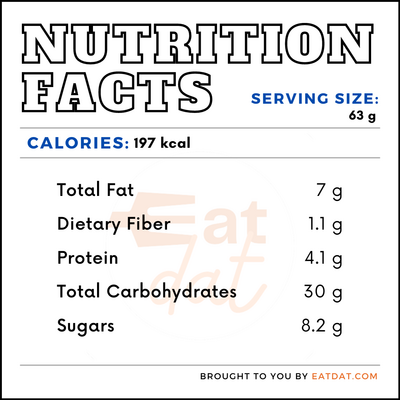 In addition, it also contains essential micronutrients such as calcium, iron, and potassium. If consumed in excess, this dish which includes a combination of refined grains and sugar, can lead to insulin resistance and diabetes, cardiovascular diseases, obesity, hypertension, and dyslipidemia. However, if consumed as part of a balanced diet coupled with regular exercise, it can be enjoyed sparingly.

Hotteok is a popular street food sold throughout South Korea. It is especially popular in Incheon and Seoul. It is a popular feature of the Seoul night markets. Pre-mixed packets are also available in the supermarket.

To prepare the dish, all-purpose flour, salt, sugar, yeast, milk, and oil are required. First, the flour is mixed with yeast, milk, sugar, and salt and kneaded into a dough. This dough is left to set until it rises and then stuffed with a mixture of brown sugar, cinnamon powder, and crushed nuts. Then, the stuffed dough is flattened and fried on the pan with some oil until the stuffing inside melts and becomes gooey.

This Korean dish comes in a variety of different sweet and savory fillings including honey, cheese, vegetables, and even matcha. Here are a few recipes:

The Food & Drug Administration does not currently have a standard of identity for this dish, although it does regulate the ingredients used in making it. The FDA defines flour as food prepared by grinding and bolting cleaned wheat, and regulates its processing and packaging. Sugar, known as sucrose sugar, cane sugar, or beet sugar is the chemical [beta]-D-fructofuranosyl-[alpha]-D-glucopyranoside obtained by crystallization from sugar cane or sugar beet juice that has been extracted by pressing or diffusion, then clarified and evaporated.