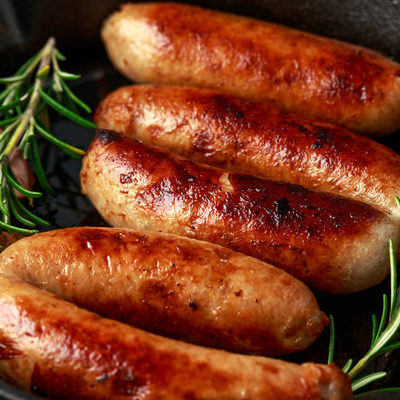 What is Italian Sausage?

The most popular brands in the US are:

Sausages were originally prepared because of the need to preserve meat before refrigeration facilities were available. Often lesser cuts of meat were preserved using this manner. Sausages have been around for 2500 years. The first reference to it is found in Homer’s Odyssey. There was also a popular Greek play called ‘The Sausage’ in 500 BC. Ancient Romans also ate sausages frequently and sausages are mentioned as a delicacy in a 1 AD cookbook called Apicius’s De re coquinaria.

Sausages have figured in the history of the Catholic Church as well. Sausages were banned in 4 AD because of its association with pagan festivals. This food also sparked off the Reformation in Switzerland when Zwingli and his friends ate them during Lent, and were subsequently arrested.

Today, there are hundreds of different varieties, of which Italian sausage is just one.

Most sausages are produced commercially. Italian sausages are made of minced pork stuffed in casings and sold in links. It is flavored with star anise or fennel as well as paprika. It can have water or ice up to 3%. These sausages must contain 85% meat. It falls under fresh sausages and don’t contain nitrates.

This sausage is a good source of protein and contains all the essential amino acids required by the human body. A 100g serving of sausage contains:

They are also a great source of vitamins such as B12, B6, and C. This food is also a good source of iron, and zinc. B12 keeps the nervous system functioning and zinc is useful to build immunity. Iron is essential for making hemoglobin and carrying oxygen. Its glycemic index is pretty low, and hence, it can be included by diabetics in their diet. In addition, Italian sausages also has selenium, potassium, phosphorus, calcium, and magnesium.

On the other hand, Italian sausages have high levels of sodium, which can lead to high blood pressure and heart problems. They are also quite high in saturated fat.

This sausage is a nicely flavored alternative for fulfilling the daily protein requirement. Here are a few dishes that can be prepared using these:

The Food Safety and Inspection Service (FSIS) of the U.S. Department of Agriculture (USDA) is responsible for the regulation of meat and poultry. Pork, used in Italian sausages, falls under the category of meat. The USDA defines Italian sausage products as cured or uncured sausages that contain at least 85% meat and fat, with fat being less than 35%. The product must contain salt, pepper, fennel / anise, and no more than 3% water to be classified as such. The sausages may also contain other flavoring such as peppers, paprika, spices, onions, garlic, sugar, corn syrup, etc. Italian sausages are also allowed to be made of beef. The USDA also grades pork products according to their cut thickness. The FDA, however, regulates any additives that might be used in poultry products.