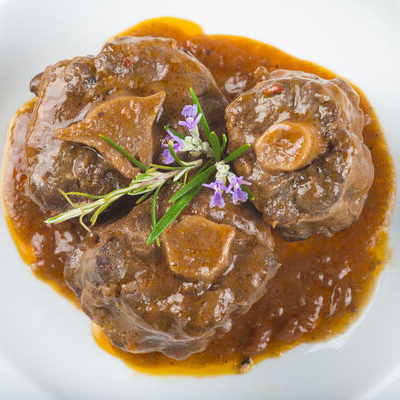 Oxtail is the meat from the tail of any type of cattle. Originally, it referred to the tail of the ox, and hence the name. Over time, it has come to encompass a more varied meaning and may also refer to the tail of beef or veal cattle. The tail is skinned and cut into small pieces before selling, which results in different sizes and quality since this meat is fat in the middle with marrow and meat, and narrow towards the end.

Some interesting ways to use this meat in the kitchen include:

This meat has a long and varied history. Consumed in many different parts of the world, where cattle breeding was prevalent, this food is central to cuisines in South America, West Africa, South Africa, China, Spain, Korea, Indonesia, Cuba, Jamaica, Iran, and India. Traditionally, cattle were used as beasts of burden, and then slaughtered for their meat. All parts of the cattle were fully used, including the tail. In recent years, oxtail has become a delicacy.

One cup (134g) of diced, cooked oxtail contains the nutriotional value of: 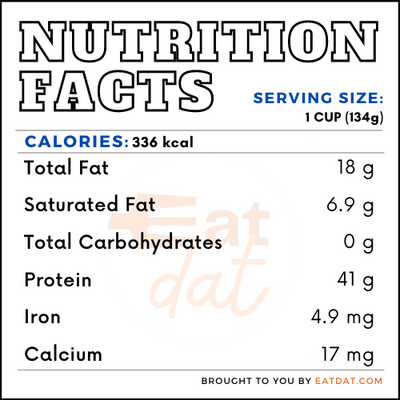 This food is rich in fats and proteins, as well as sodium, potassium, calcium, thiamin, riboflavin, folate, niacin, vitamin B6, vitamin B12, magnesium, phosphorus, zinc, and copper. One cup has 350 calories. Bone marrow, which oxtail is rich in, is useful for healing or preventing cardiovascular diseases. In addition, this meat may also help in protecting the joints, fighting osteoarthritis, and reducing inflammation.

Oxtail is produced by removing the tail from the carcass of the butchered cattle. The tail is separated at the spine and the fat is trimmed to around ¼ inch (6 mm). The last couple of tail bones are also removed. Then, the tail is cut into pieces, usually along the vertebral tail bones. The quality of the pieces vary due to the nature of the tail.

This is best suited to prepare in a broth-based dish by slow braising. This turns the bone and cartilage into gelatin, which is rich in both nutrients and flavor. Here are some popular recipes:

This food is regulated by the USDA, which regulates all meat products in the US. Oxtail falls under the category of meat by-products. The USDA defines oxtail as tail removed from the carcass at the juncture of the second and third coccygeal vertebrae. The end of the tail shall be tipped and 2 to 3 vertebrae removed, and the surface fat trimmed. Tails may be sold whole or disjointed.