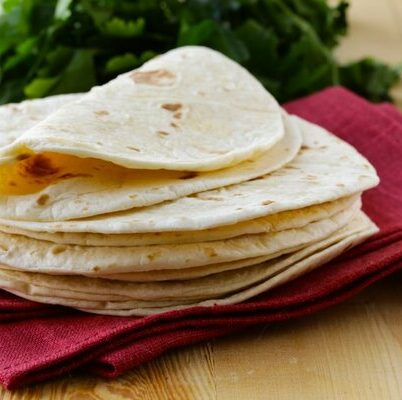 What is a Tortilla?

The tortilla is a flatbread of Mexican origin. It is an unleavened bread, traditionally made from corn meal, though nowadays wheat varieties are also available. Other options such as tortillas made from beetroot, nopal cactus, or blue corn can be found on the market, as well. The traditional version is chewy and has the slightly sweet taste of corn.

Some of the most popular flatbreads around the world include:

The use of maize in Mexico goes back to at least 10,000 years. The Maya civilization began using the nixtamalization process (mixing corn with lime water), making it easier to grind the grain, around 2000 BC. This led to the invention of the tortillas. The original kind were always made from corn and became the staple food of the Pre-Columbian civilizations. Later on, Spaniards introduced wheat into the Americas, and wheat tortillas eventually became popular. 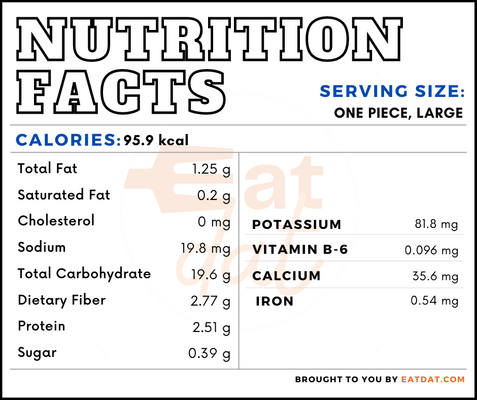 Corn is rich in magnesium, phosphorous, potassium, vitamin A, and lutein + zeaxanthin. Also, it contains calcium, sodium, selenium, folate, and carotene. The polyphenols and carotenoids in corn help in lowering the risk of degenerative diseases and the antioxidants in it may help in preventing cardiovascular diseases and cancers.

In the case of wheat tortillas, the flour contains simple carbohydrates, due to the stripping of the outer layers which break down the carbohydrates, and has a high glycemic index. Refined grain intake is connected to an increased risk of cardiovascular disease, type 2 diabetes, and obesity. However, whole wheat flour increases fiber intake and reduces the risk of cardiovascular diseases, diabetes, and colorectal cancer.

To prepare tortillas, the main ingredients required are corn and limestone. First, the husk is removed from the cobs and the grains separated, and then deposited in a silo. Then, the corn is poured into cooking vats and completely immersed in water and heated. Powdered limestone is added to the vat.

Once cooked, the heat is turned off but corn is left to steep in the limestone water overnight. After that, it is ground into a paste and kneaded into a dough known as masa. The masa is stamped into a thick sheet and run through a machine, which makes it thinner and cuts the dough into circular shapes. Finally, it is baked and packaged.

This flat bread is used in a variety of Mexican dishes in different ways. Here are a few recipes:

The FDA regulates all breads under the umbrella term of bakery products. Bread is defined as food produced by baking mixed yeast-leavened dough prepared with wheat. In order to be classified as bread, the product must have a minimum of 62 percent solids.

Canned corn is defined by the FDA as the product prepared from clean, sound kernels of sweet corn packed with a suitable liquid packing medium which may include water and the creamy component from corn kernels with the tip caps removed. It falls under the most frequently consumed raw vegetables.

The FDA defines flour as food prepared by grinding and bolting any cleaned wheat, except durum and red durum wheat.