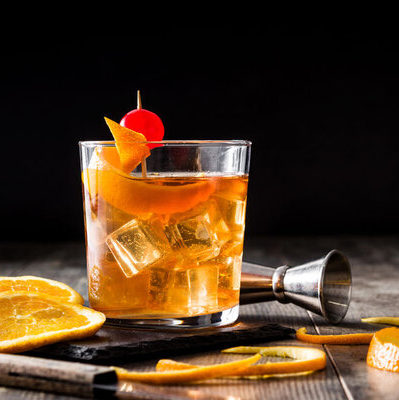 What is an Old Fashioned?

The old fashioned is a cocktail that contains whiskey, soda water, bitters, ice, and orange garnish. Its original name in the past was whiskey cocktail; however, you can also make it with brandy. The old fashioned has a smooth, sweet, and rich taste.

The top 10 best whiskies to use in an old fashioned are:

This cocktail dates back to the 18th century. In 1806, the whiskey cocktail was a drink used early in the morning to cure ailments and hangovers. The original recipe for the drink contained ice, whiskey, sugar, lemon garnish, and bitters. However, there were too many variations of the drink because bartenders kept experimenting with the recipe.

Consumers got tired of this constant change. Therefore, they started asking for the cocktail in the old-fashioned way. A whiskey bartender named James E Pepper has the credit for the modern version of this drink. He created it in Kentucky and from there, its popularity began to grow. The old fashioned has had its ups and downs over the years, although it remains a classic cocktail to this day.

A serving size of 74g of this drink contains: 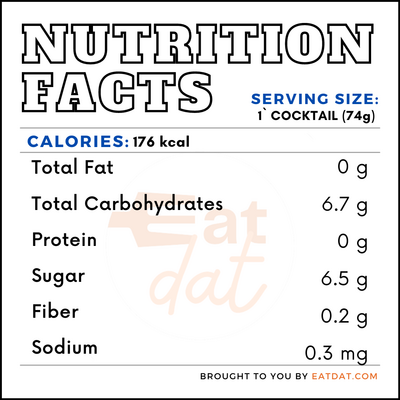 The old fashioned is an alcoholic beverage. Alcohol can have some health benefits, if consumed in moderate amounts. It might reduce the risk of heart attack, ischemic shock, and peripheral vascular disease. However, it’s best not to consume this cocktail in excess amounts. Some side effects of excessive alcohol consumption include diarrhea, vomiting, impaired judgment, drowsiness, and long-term health issues.

Whiskey is the core ingredient in this cocktail. The stages of the production of whiskey include:

Scotland has been the largest producer of whiskey in the world for at least a century. The country remains the top producer of this spirit today. The global market for cocktails was valued at $86 million in 2020. Statistical analysis predicts that this value will hit $1.4 billion by 2025, with an annual development rate of 6% between 2020 and 2025.

Here are some vital tips that can help you while making this cocktail:

An old fashioned can last for more than two weeks in the fridge, if sealed with a lid. However, for optimal flavor and results, it’s best to make this cocktail fresh.

The old fashioned has been enjoyed by people for a long time. Here are some popular recipes:

The Food and Drug Administration does not regulate the production, processing, or labeling of alcoholic beverages. The Alcohol and Tobacco Tax and Trade Bureau (TTB) is in charge of alcoholic drinks. Whiskey is a primary ingredient used in the old fashioned. The TTB has requirements for the distillation, barreling, blending, labeling, aging, and other stages in whiskey production. For example, industries can only use grains as fermentable for this alcoholic beverage. Beet sugar and grain syrups like corn syrup are not allowed for use in this beverage.

Zavatto, Amy. “6 Things You Should Know About the Old Fashioned.” Liquor.com, Liquor.com, www.liquor.com/articles/old-fashioned-cocktail/.