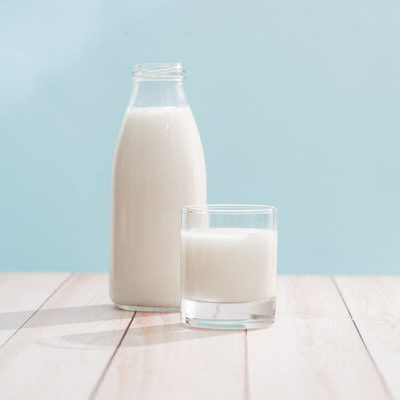 What is Skim Milk?

Skim milk is a non-fat or low-fat type of milk.

It is produced from whole milk that is processed through a cream separator and often referred to as defatted or fat-free milk. Generally, it is required to have more than 0.5% fat and a minimum of 8.7% milk.

The top ten most popular brands include:

Before World War II, low-fat milk was considered a waste product. In the United States, it was usually discarded into streams or fed to livestock. After some time, the discarded cream became a source of inconvenience for people, mainly in rural areas where many farms were located. Attention towards this issue grew when the rise of cars led to more people from urban areas traveling to rural areas for fresh air. The foul vapor of discarded cream threatened the dairy industry, which only promoted the healthy and natural scenes of their industry.

Scientists later discovered a way to reprocess the excess milk with organic chemistry and eliminate the waste problems. Since the beginning of World War II, the need for this type of milk has steadily increased. During the war, the U.S. government requested dry milk for war allies and this was profitable for the dairy industry. Eventually, this led to a shift in the manufacturing and selling of this milk. The post-war production bred an even higher demand for milk, which consolidated skim milk manufacturing.

Skim milk offers exceptional health benefits, similar to whole milk, but does not contain the same amount of fat. Hence, it is an ideal way to consume nutrients like calcium and protein, while cutting calorie intake. In fact, it even contains a higher level of calcium than whole milk.

However, this milk may not be as satisfying as whole milk, and people who opt for it have been seen to consume more food. This may render the effect of cutting calories useless and may also account for weight gain. Also, this beverage has a high sugar level, which is not natural sugar obtained from a cow. In some cases, excess consumption of sugar can lead to diabetes.

On the other hand, centrifugal separation involves the use of a centrifuge to separate the fat from milk. The machine spins the container of milk at very high forces, between 5,000 to 10,000 times that of gravity. Thus, milk and fat are separated and channeled into separate canisters. After production, liquid skim milk is stored in an unopened can. It may also be converted into powder form and stored in a can or packet.

Low-fat milk makes a great addition to a variety of dishes. Some popular recipes are:

The Food & Drug Administration defines “nonfat milk” as skim milk, concentrated skim milk, reconstituted skim milk, and nonfat dry milk with regulations allowing for the addition of water. The FDA regulates the designation of food ingredients containing skim milk. Additionally, they regard this food as cream and stipulate that it should not contain less than 18 percent milk fat. Furthermore, the FDA exempts this food from required label statements when packaged in 8 and 64-ounce fluid-ounce containers.