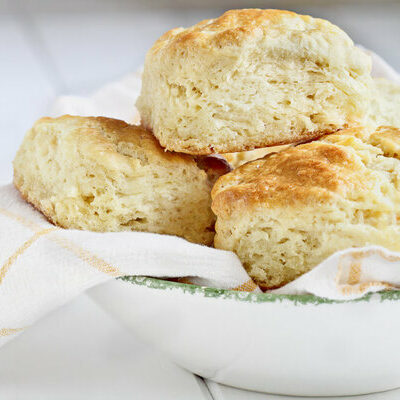 What is a Biscuit?

Biscuit is a type of bread popular in the US and Canada. Known as scones in other parts of the English speaking world, this bread has a firm and dry outer crust with a soft and crumbly interior.

They are considered a quick bread, made with baking powder instead of yeast. In the southern part of the US, biscuits are a delicacy during Thanksgiving meals.

Some other popular breads consumed at Thanksgiving include:

The origin of biscuits can be traced back to Scotland, where they were and still are known as scones. This recipe first appeared in print in the 16th century, and called for oat and barley dough. With the replacement of wheat for the oat and barley, the bread became lighter and fluffier. The original dish had no added sugar. European colonists took it to the New World in the 1700s. The agricultural conditions and availability of buttermilk, lard, and especially soft wheat, allowed it to become a popular delicacy in the southern part of the US. 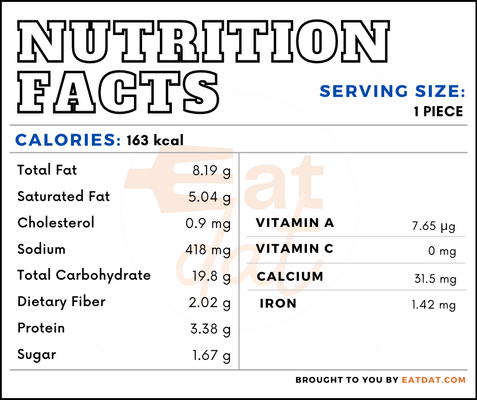 Biscuits contain micronutrients such as calcium, magnesium, phosphorus, potassium, sodium, folate, and folic acid in decent quantities. Although this dish can be enjoyed from time to time with protein-rich breakfast platters, it is best to consume it with unsaturated fats like plant oils, rather than lard or butter. However, this food is not advisable for patients with celiac disease or other gluten intolerance due to the presence of wheat.

The commercial production of this bread requires flour, baking powder, salt, butter, and sodium bicarbonate. The ingredients are all added to a bowl and kneaded. Then, buttermilk is added and the dough is kneaded again until moist. After that, the dough is rolled into balls and cut into shape by a biscuit cutter. Finally, they are baked in a preheated oven for around 15 minutes until they rise and become golden brown. Nowadays, as consumers become more health-conscious, substitutions for ingredients such as buttermilk and butter are more common.

These can be prepared with different flavors and stuffings. Here are a few recipes to try:

The FDA regulates all breads under the umbrella term of bakery products. Bread is defined as food produced by baking mixed yeast-leavened dough prepared with wheat. In order to be classified as bread, the product must have at least 62 percent solids. Biscuits are also subject to these standards.