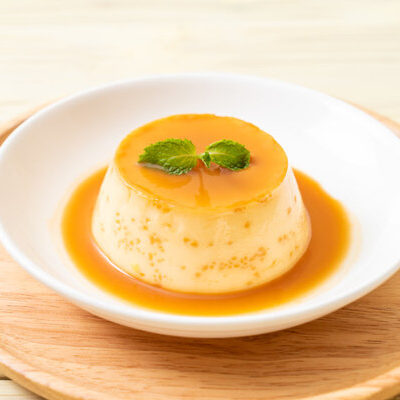 Flan may refer to a dish of French origin or a stuffed pie dish of British origin. The word comes from the French flaon, and means flat cake in Old High German. Crème caramel, or caramel custard are all a type of custard dish with a layer of caramel sauce on top. Gelatin may or may not be added.

There are many varieties of this dessert around the world, including:

This dish most likely originated in the Roman Empire. A flat custard cake, known as flado, was made from a mixture of cream and eggs. Originally, it was a savory dish with fish and meat but eventually it developed into a dessert with honey. Mediterranean countries like Spain and France introduced the caramelized sugar, while the Moors added fruits and nuts into the dessert. The dish spread throughout the Americas during the Spanish colonization period. Later, it was also introduced into other parts of the world.

The nutritional values for flan are: 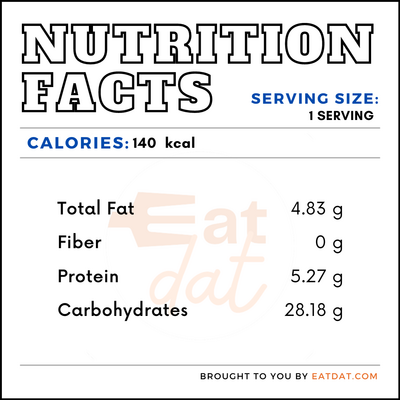 In addition, it is rich in micronutrients such as calcium, magnesium, potassium, sodium, phosphorus, selenium, folate, choline, vitamin A, retinol, lutein, and carotene. Eggs are rich in protein and contain all essential amino acids. Also, they contain a host of vitamins and minerals.

Milk provides calcium, vitamins B12 & D, and potassium as well as complex carbohydrates and fats. These nutrients help keep bones strong, as well as regulate blood pressure and digestive functions. In addition, milk contains folate, thiamine, riboflavin, and phosphorus. Also, it contains good levels of protein. Casein and whey protein are both good for health, the former promoting absorption of the calcium and minerals and the latter promoting muscle building. However, milk cannot be consumed by everyone since about 65% of the human race is lactose intolerant.

Caramel is mainly composed of sugar, which can be good for brain health, provided it is consumed in balanced quantities. However, caramel contains tagatose, which may lead to digestive issues. Overconsumption of caramel may lead to heart problems due to increased triglycerides and can damage oral health since sugar encourages bacteria in the mouth.

The commercial production of this dessert requires heavy cream, milk, vanilla essence, sugar, and eggs. First, the cream, milk, and sugar are combined and heated. Then, eggs, egg yolks, and vanilla are whisked together and the heated mixture is slowly added in and heated again. Next, the caramel sauce is poured into containers followed by the finished mixture. After that, it is allowed to cool and set, then sealed for freshness.

Also, ready-made mixes for this sweet dish are available on the market. This dessert may be stored in the fridge for around 3 days.

This sweet dessert lends itself to variations. It is a popular dish that has evolved in different countries. Here are a few recipes:

The FDA defines milk as the lacteal secretion of healthy cows, which must be pasteurized and free of colostrum. Caramel is defined as the dark-brown liquid or solid material resulting from the carefully controlled heat treatment of food-grade sugar. Caramel may be safely used for coloring foods. The USDA handles the grading, safety standards, and distribution regulations for eggs.