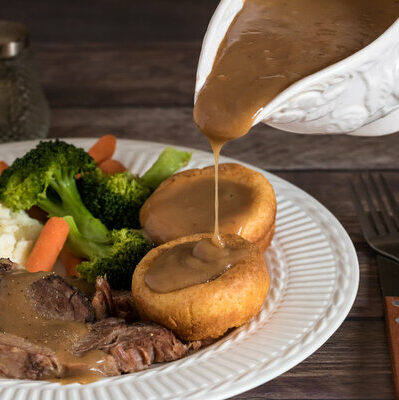 Gravy is a thick brown sauce made from the juice of different meats such as beef or chicken. This sauce is of British origin, where it is still regularly consumed with roasted meat and mashed potatoes, in a meal called a Sunday roast. However, it is also popular in Australia, New Zealand, Canada, the USA, and Ireland.

The top 8 most popular gravy brands in the world are:

Gravy most likely originated in the Byzantine Empire. It was called gravé in Middle English until the 15th century. However, it was only in the 17th century that sauces became popular in Europe and there was a lot of experimentation, especially in France. This sauce spread to other parts of the region and quickly became popular in the UK and other countries where British colonists settled, such as the USA, Australia, New Zealand, and Canada. In the 1800s, flour began to be added to the meat sauces, leading to the modern gravy. 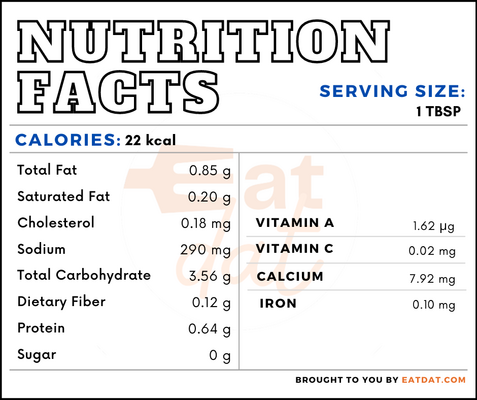 This sauce is rich in calcium, phosphorus, potassium, and sodium. Also, it contains magnesium, folate, folic acid, and vitamin A in decent quantities.

To prepare gravy, the main ingredients are fat drippings, flour or cornstarch, and stock. First, the cornstarch is dissolved in water or stock to make a thin paste. Then, the fat drippings are heated and the cornstarch paste is added. After that, the stock is stirred in and the mixture cooked on low flame until it achieves a thick consistency. Finally, salt and pepper are added.

Gravy granules are also available on the market. They are made from starches, salt, soya flour, dried yeast, and onion powder. This sauce can be stored in the freezer for up to three months and in the refrigerator for up to 5 days.

This is used as a sauce, complementing and enhancing the flavor of other main dishes. It is often combined with potatoes, meats, fries, bread, or baked goods. Also, it may be used in the preparation of different dishes. Here are a few recipes to try:

USDA regulations indicate that gravy must contain a starchy thickener such as, but not limited to, wheat flour, modified food starch, or modified cornstarch, as well as meat such as beef, chicken, turkey, and pork. Mushroom gravy must contain mushrooms, and brown gravy must contain beef stock. This sauce must have a smooth and homogeneous consistency, free of lumps except pieces of meat or mushrooms.