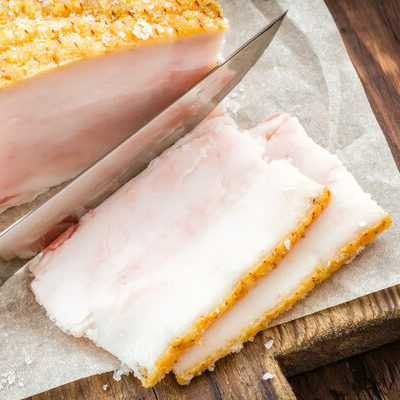 Lard is the fat obtained from a pig’s fat tissue, usually taken from the back and kidneys. It is separated from the pig by steaming, boiling, or using dry heat in a process called rendering, which separates the fat tissue from the skin and other waste and makes it into an edible product. This has a dull white color as well as a thick consistency and is commonly a byproduct of bacon. It is used for frying and baking, and imparts a strong pork flavor to dishes.

The most popular lard brands on the market are:

For centuries, frying was done with different types of fats obtained from animals and plants available locally. Lard was popular in different parts of Europe and is the traditional choice of fat in many regional European cultures. It was an important part of American cuisine, as well. This fat was made at home until the middle of the 19th century, when this production became a side industry of meat processing. Gradually, it became less popular in the middle of the 20th century due to health concerns related to its high saturated fat content. It also became a taboo in restaurants in cities with more cosmopolitan populations because of dietary restrictions of diverse communities.

Lard is high in fatty acids and saturated fats. Excess consumption of it may lead to weight gain, obesity, and insulin resistance. This may also  lead to an increase in oxidative stress. However, when consumed in moderation, it may have benefits because it contains vitamins and minerals such as choline, vitamin E, zinc, and selenium. Not to mention, it is one of the best sources of vitamin D. 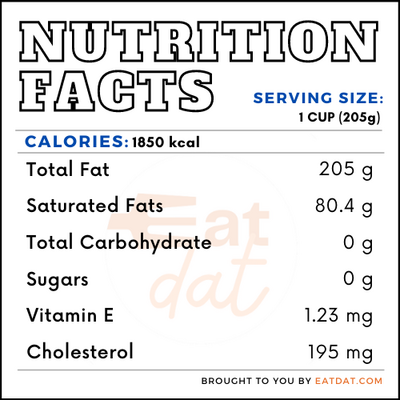 China has the highest consumption of this food in the world, accounting for around 40 percent of the world consumption. It is followed by Germany and Brazil. Experts agree that the best lard comes from the fatty tissues around the kidneys and loins of the pig. It may also be made from the back of the pig. A lower quality type of this food is also made from the fat around the animal’s digestive organs. Commercial lard is a mixture of good and bad quality fat from the pig.

It must be rendered soon after the pig is butchered. First, the fat is ground to release the oil. Then, it is put into water, which is set on a slow flame until it is cooked. Next, this fat is drained and the impurities skimmed off the surface. This is known as wet rendering. The dry rendering procedure involves heating the fat without water until it transforms into an edible product. Commercially produced products is also hydrogenated to improve shelf life.

This has a variety of uses in cooking. It is frequently used for frying food, such as chicken and potatoes. Also, it is commonly used in baking for better texture and as a shortener. It may even be just used as a dip or a spread. Here are a few recipes:

Lard is classified by the FDA under substances generally recognized as safe. Depending on the process used to make it, the USDA also sets standards for lard.

How to Render Lard Commercially, Meats and Sausages, www.meatsandsausages.com/drying-preservation/lard/rendering-commercial.

“What Is Lard? More About the Science of Fats.” Food Crumbles, Mediavine Food, 18 Apr. 2020, foodcrumbles.com/lard-fat-science/.