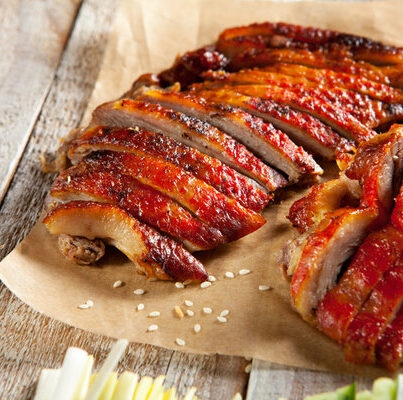 What is Peking Duck?

Peking duck is a dish of Chinese origin. It is a roasted dish that focuses on the crispy skin of the meat and several versions serve only the skin with very little meat. Ducks are specially bred to prepare this dish and are seasoned before being roasted.

Some of the famous dishes from Beijing include:

This dish was a delicacy in China as far back as the Northern and Southern dynasties period. The first recorded mention of roast duck was in 1330 in a cookbook by Hu Sihui, the royal physician. The Imperial court was in Nanjing at this time and was moved to Beijing (Peking) during the Ming dynasty, and the dish got its name. Peking duck has often been featured in banquets and fed to international diplomats and leaders in recent years. 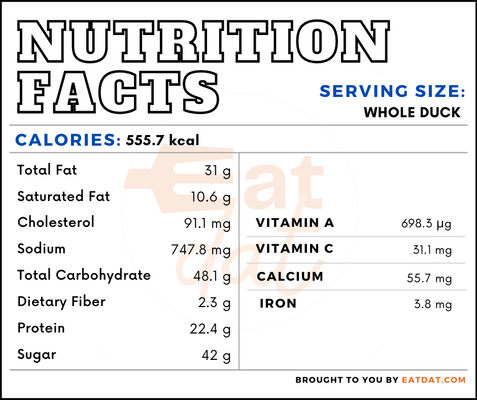 Duck meat is high in unsaturated and essential fatty acids, bioactive compounds, and proteins. It may help in decreasing cholesterol and blood pressure. Also, duck skin contains collagen, which is conducive for skin health.

The main duck meat producing countries are China, Myanmar, Vietnam, South Korea, Hungary, Taiwan, Malaysia, Egypt, the USA, and Poland. Ducks are raised indoors and fed with corn and soybeans fortified with vitamins and minerals. Use of hormones is prohibited. First, they are slaughtered by electrically stunning them and then their throats are cut. After that, the birds are then bled and scalded before the large feathers are removed. Then, the meat is dipped in paraffin wax to enable the removal of the finer feathers.

To prepare Peking duck, the main ingredients required are duck breast, soy sauce, Shaoxing wine, five spice powder, and salt. First, the birds are marinated in a mixture of soy sauce, wine, and five-spice powder. Then, they are coated in oil and roasted. The duck is frequently moved around so the skin fries in the duck fat and crisps up evenly. After that, the fat is drained and the bird is roasted again and then rested. Finally, it is cut into thin slices and served.

The duck must be kept in the refrigerator when not in use, and must be consumed within 2 days. If stored in the freezer, it can keep indefinitely. To thaw the meat, remove the duck from the freezer and keep it in the refrigerator, or soak it in cold water while still in its package. Microwaves may also be used in thawing.

This is usually served in three courses. In the first course, the skin is served with hoisin sauce, scallions, Mandarin pancakes, and lotus buns and eaten as a sandwich. The second course offers the meat of the duck with vegetables. Finally, the duck bones are made into a soup and served with celery cabbage. Here are a few duck recipes:

Duck is classified as poultry by the USDA. Roaster duck is defined as a young duck of less than 16 weeks of either sex. Its meat is tender and its bill and windpipe are softer.